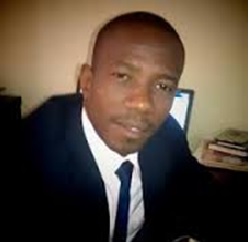 He said the rate of youth unemployment in Kamakwie is very high as most of the youths are secondary school dropouts who have taking to riding commercial motorbikes, commonly known as ‘okada’ to make ends meet.

‘Okada-riding has been the major source of livelihood for youths in this part of the country, which is not sustainable enough for them. Most of those who are not into okada riding are most times found in Ataya basses’, Kargbo added.

Abdul Conteh, a youth in Kamakwie explained his ordeal in yearning to be  independent and further called on the relevant stakeholders to come on-board and capacitate the young people in that part of the country. ‘The future of every country lies in the hands of productive youths’, he stated.

He called on government not only to concentrate on the formal sector of education, but also build the middle level man power by capacitating the young who can’t go to university with vocational training.