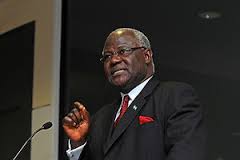 She said in 2007 when President Koroma was contesting for the Presidency of Sierra Leone, he gave more young people symbols to contest for parliamentary seats across the country, including 20 years old Musa Konneh who contested at Constituency 005 in Kailahun District.

She said that was a clear indication that President Koroma is a man who is more committed to the advancement of the youths, which she said is the reason why today the country has more young ministers, ambassadors and a special ministry of youth affairs and commission for youths, during his era as President of Sierra Leone.

She emphasized to the youths that the tenure of President Koroma in office is their opportunity to grow, and must be judiciously utilized.

Delivering his keynote address, President Ernest Bai Koroma noted that the launch of the youth policy and youth in fishing project is one of the principal milestones of government’s commitment to addressing the challenges the youths of Sierra Leone are faced with.

The President reiterated his pledge to dedicate his second term in office to the youths, and further stressed the need for the implementation of drafted policies.

He went on to call on government ministries, departments and agencies and donor partners to mainstream youth policies in every of their daily operations.

He said the youth are of the fantastic potentials required for the sustenance of the country’s development, but he said we can only tap into those potentials as a country, when the people and government ensure effective coordination and collaboration while implementing projects geared towards elevating the status of the youths.

Launching the Revised National Youth Policy, the President called on the youths to take it as their bible which they must always read, in order for them to understand the stated legislations and regulations for them, which will get them in the better position to ask necessary question to government officials.