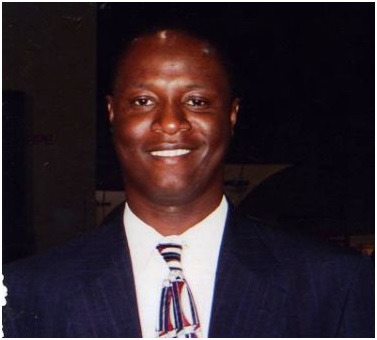 According to elders of the Mosque, after the death of the person who started the project, they approached different international donors from the Arab world to fund the project to completion but none came to their aid after they realized that the project would involve huge financial cost.

They further disclosed that when they failed to convince the international donors to finance the project, they decided to solicit financial assistance from the indigenes of Koinadugu District and Mr. Momoh Konte, who they first contacted, agreed to complete the Mosque project which the President has now commissioned.

The NATCOM Chairman disclosed that when he decided to construct the Clock Tower in Kabala, he consulted with President Dr. Ernest Bai Koroma and traditional leaders of Koinadugu District as tradition demands before the commencement of the project.

The President in his address during the commissioning of the Clock Tower recalled how Mr. Momoh Konte approached him on the project but he never realized that it would be a project of such magnitude.

President Koroma however expressed great surprise when commissioning the magnificent project which he described as one of the finest Clock Towers in the country done by Mr. Momoh Konte.

The President also recalled that during his address at the commissioning of one of the five schools that were built by Mr. Momoh Konte across Koinadugu District a few years ago, he encouraged indigenes of the district to emulate his good example.

He noted that he has now seen a handful of indigenes who are contributing to the development of the district, including the Minister of Finance and Economic Development, Dr. Kelfala Marah, who initiated the project for the construction of Bintumani Bridge which turning of the sod was done by the President, and the erstwhile Minister of Tourism and Cultural Affairs, Mr. Peter Bayuku Conteh, (Argbamgbam Jazz) who has also constructed a standard school in his home village.

Speaker after speaker showered praises on Mr. Momoh Konte for his remarkable developmental strides in Koinadugu District, including Paramount Chief Pagay Mansaray of Wara Wara Yagala Chiefdom, who suggested that the Kabala roundabout should be renamed as Clock Tower.

The Paramount Chief emphasized that the Clock Tower was built by Mr. Momoh Konte but the Kabala Town Council and Chiefdom authorities have now taken ownership of it.

He therefore warned against the misuse of the Clock Tower by Okada riders or any unscrupulous persons within the Kabala township.

In his statement at the commissioning ceremony, Mr. Momoh Konte encouraged the indigenes of Koinadugu to come on board to develop the district.

He also appealed to all Sierra Leoneans to complement the development strides of the Government in their own districts as patriotic citizens.

It could be recalled that three years ago, Mr. Momoh Konte constructed five schools in different parts of Koinadugu District three of which were commissioned by the President.

It is also on record that the great patriot has over the years awarded scholarships to Sierra Leoneans from different parts of the country to study in India and the United States of America.

And now Mr. Momoh Konte has constructed a Clock Tower in one year and completed the Kabala Central Mosque project that was abandoned for over two decades for lack of sponsorship.

The solar lights he has ordered from Spain to light up the Clock Tower area as well as the Kabala Township will soon arrive in Freetown.

According to Mr. Momoh Konte, the arrival of the solar lights in the country was delayed as a result of his instruction to the manufacturers to fix them up before importation instead of fixing them here by local experts.

A very senior Government official asserted that if Sierra Leone could have selfless people like Mr. Momoh Konte in all the districts, the country would be developed within the shortest possible time.

One of the leading contractors in the country, the International Construction Company (ICC), constructed the Kabala Clock Tower and the Central Mosque that were funded by Mr. Momoh Konte.

The company has also constructed most of the Government buildings in the provinces and the capital, Freetown, including the Presidential Lodge in Kabala that was recently commissioned by President Koroma during his four-day visit to the Koinadugu District.