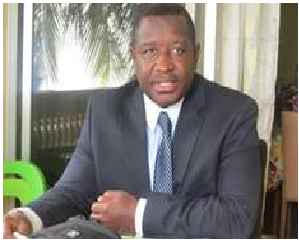 The purpose of is to hold government accountable for the promises they made during and after the electioneering process, and was attended by civil society organizations, ministers and deputy ministers among them the Minister of Information and Communication Hon. Mohamed Rahman Swarray and the Minister and Deputy Minister of Political and Public Affairs respectively.

According to the Executive Director of IGR Andrew Lavali, every year they monitor the government to know whether they are working towards their promises. He maintained that people fail should hold government accountable after election.

Mr. Lavali disclosed that, the essence of a meter is for checking and updating, noting that that is why they established the Bio-Meter to check the first 100 days performance of President Bio and his promises in Parliament, swearing-in and inauguration ceremonies respectively.

The checking according to Lavali will be a movement that will be involving CSO and the media not only IGR and Sensi Hub. He disclosed that people who want to contribute should visit www.bio-meter.org website.

Delivering his keynote address on behalf of the Ministry of Political and Public Affairs, Ambassador Mohamed Foday Yumkella said the Presimeter   Project is an initiative to assist citizens in keeping track of the promises made by presidential aspirants during election campaigns.

The Presimeter Project according to Yumkella is in tandem with the general objective of the Ministry of Political and Public Affairs and its partners which is to promote an Open Government System that encourages citizens’ involvement and engagement in the delivery of commitments by elected officials.

“The Presimeter implemented by IGR and Sensi-Tech Hub, will rely on a range of tech-based solutions that will make it easy for government and the public to track campaign commitments,” Yumkella said.