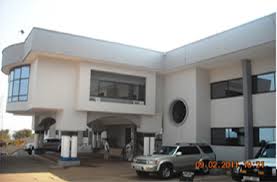 Further explaining, Langumba Keile said, the human settlement up the hills that surround Freetown have blocked the waterways, such that “when the rain comes the water finds other routes through other spaces which often lead to landslides and flooding.”

“Last year it caught us by surprise” so “what we’ve done this year as an Agency with the legal mandate to respond to disaster in the country on behalf of the government, we’ve started planning.”

This consortium drafted a National Flood Response Plan, which basically looks at response to flooding.

Nonetheless, he pointed out “our emphasis was on the preventive aspect. That is why we have a committee responsible for the clearing of drainages, waterways.”

This committee is made up of the Sierra Leone Roads Authority (SLRA) and Road Maintenance Funds, but there is also another committee for communications and sensitization.

This committee, he explained “had series of dialogue with residents of these communities and flood victims in order to sensitize them about the dangers in living in disaster prone communities.”

The ONS Director also noted that there is also another committee, which is responsible for supplies in the advent of flooding and another, which looks at resource mobilization.

Pointing out that to manage last year’s flooding cost the government over Le 6 billion, Director Keili also said that they want to develop a policy of people living in disaster prone areas.

He said they are looking at two options adding that the first option is to give packages to those living in disaster prone areas so that they can be able to relocate with other members of their family till the end of the rainy season.

He added that packages would also be provided to the families who would be hosting them.

The second option, the Director said, “Is to relocate them to mile 6.”

However, he pointed out locating them to mile 6 would mean constructing more houses and moving more families, also adding that “ it would have to build social amenities in that area in order to ensure that they stay there.”

This, he said is a critically expensive project. “It’s a million dollars project.”

Notwithstanding, he acknowledged, “We are looking at the first option.”

He said this time round the Vice President has said that nobody would be occupying both stadia, noting if they refuse to leave these areas after government have given them the carrot approach they would have no option but to use the stick approach.