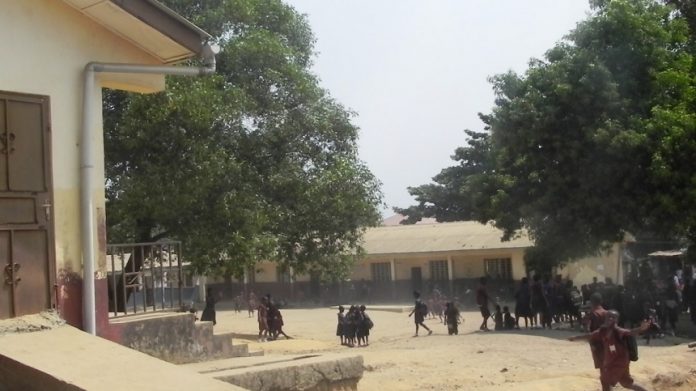 Owing to several obstacles and challenges the programme was said to be ineffective, as highlighted by different school administrations in Freetown.

“we attended the workshop and we were told that they will deposit the money into the school account for the smooth running of the school feeding programme,  but unto this time nothing has been deposited into the said account and we have informed the councilor for this ward, that we have not received anything.” Batti Johnson mentioned.

A teacher at the Murray Town Municipal School, Mohamed Kamara said that funds has not been provided for classes 4,5, and 6, pointing out that the funds provided by the ministry of Education only catered for the infant classes. He furthered stated that they were told that the feeding was for all shades of primary’s and that the Head Teacher went through the training exercise.

Head Teacher, Murray Town Army Municipal, Alimamy Mansaray explained that the challenges in running the school programme are numerous and that the community people have started requesting for incentive for the cooking they are doing.

Alimamy Mansaray further mentioned that the pupils themselves had to support in preparing the meal and he stated that the money was not even enough, as a result of that they had to alternate the number of days in the month that they actually had to feed the pupils. The Head Teacher stated that there are over seven hundred children’s being catered for in the school and that the fund provided is meant for the entire school, not just the infant section. To encourage the children he maintained that the school had been trying in their own way to provide incentive for the people that are doing the cooking.

Head teacher, Cape Community School, Claudia Gooding commended the government for the initiative and pointed out that the school feeding programme was very difficult to implement, stating that the provided fund was too minimal, and that the community people are always threatened of deserting the cooking if incentive was  not provided.

Responding to the numerous allegations, National Director, School Feeding Programme, Sylvester Meheaux stated that most school authorities submitted the wrong bank account and that some head teachers did not even provided the school subsidies account which was asked for and that there were even mistakes made on the account number submitted by many.

“They made a lot of terrible mistakes and those schools were not validated but schools that are currently correcting their mistakes would definitely receive funds to implement the School Feeding Programme” Meheaux added.

He reiterated that it a community driven project and at the moment funds are not available to give incentive to those engaged in the cooking, adding that they would have to conduct sensitization exercise as a way of bringing the private sector onboard to support the feeding as it was done in other countries.