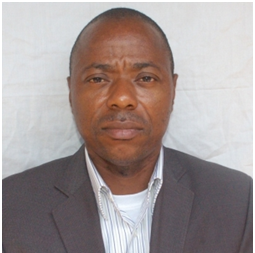 She added that the government was determined to close loopholes in order to mobilize much-needed revenue for national development.

Jabbi, a lecturer at the Department of Law, Fourah Bay College (FBC), University of Sierra Leone (USL), who lectures a module in Tax and Revenue Law, was speaking in an exclusive interview on Monday, 10th September this year in Beijing.

She noted that Sierra Leoneans want the country to be financially independent and that as a member of the ‘New Direction’ under the leadership of President Julius Maada Bio, it’s high time that Sierra Leone develops her own development path beyond aid.

“It’s about time we stand up and raise the needed revenue for the transformation of Sierra Leone. We might not be able to do it in a day but we have to start somewhere. We will try to close the loopholes, implement policies that actually work, concentrate on our tax education, encourage our workers by putting them in conducive environment, and by doing so, I’m sure that the revenue that is expected from Sierra Leone will be generated for the benefit of all,” she said.

Ms. Jabbi noted that since the ‘New Direction’ administration was ushered into power the Commissioner-General and his entire team at NRA have been doing a great job, adding that what remains now is motivating them and making sure that they are aware of the laws and policies and for the agency to ramp up tax education.

“All of the taxes NRA collects are for the people of Sierra Leone,” the NRA board chair said.

Quizzed about her take on the perception of some Sierra Leoneans that NRA sets its own target without consulting the people, the Barrister and Lecturer of Tax and Revenue Law said NRA is under the supervision of the Ministry of Finance, adding that before the ministry sets targets, it goes to parliament for approval and once approved, NRA works toward meeting the target.

However, she said the current NRA target was set by the previous government.

She further stated that what President Bio did was to appoint the best of the best in leadership positions to work with him, noting that the president appointed her as NRA Board Chair together with a tax expert, Dr. Jibao, as the Commissioner-General.

She added that since Dr. Jibao’s strategic appointment, the NRA outcome and revenue collection has been massive and incredible and would stand the test of time for generations to come.

She added: “All what NRA has achieved so far with Dr. Jibao is not about H.E. Bio or the Board Chair and the entire staff, but it’s about the people of Sierra Leone. She added that President Bio’s strategy of transforming Sierra Leone is all about inclusiveness.