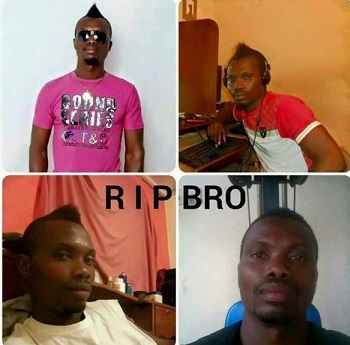 Samuel Dumbuya further disclosed that, at the time he took the car from the 1st accused residence at Aberdeen in Freetown, he never knew that the 1st accused was under detention and been investigated for a missing person called Sydney Buckle aka D J Clef.

At this stage, Counsel for the 3rd accused person, Pious Hemor Sesay raised an objected on the grounds that the defense team had not been accorded the adequate facilities to pursue their case with regards to the defense team having enough time to hold consultations with their Clients before a witness commences testimony in the matter.

However, Justice Alusine Sesay dismissed lawyer Pious Sesay’s objection on the grounds that, the testimony of the prosecution witness will in no way create any negative impact on the defense Counsels case before the court and he wasted no time to ask the Director of the Public Prosecution, Sulaiman Bah to proceed with the witness in evidence.

Furthermore, the sixteen prosecution witness , Kadiatu Kamara who is a Detective Police Constable attached to the Aberdeen Police Division also testified that she recalled 30th May 2015 and on the day in question , she was on duty when a case of missing person was reported at the Station.

Kadiatu Kamara informed the court that, statements were obtained from the 1st and 2nd accused persons, Baimba Moi Foray and Avil Oredolah Renner in respect of the unknown destination of Sydney, after attending a house party at the residence of the 1st accused at Aberdeen in Freetown.

She noted that both accused persons were cautioned and questioned in krio which was recorded down in English and at the conclusion of the interview statement, it was read over to them which they accepted to be true and correct and signed it by affixing their thump prints.

The witness continued that both accused person’s statements were obtained by Detective Police Constable 10371 Thoronka A.B and she signed it as the recorder before they were tendered as part of the court records.

At this juncture, Counsel for the 1st accused, I.P Mamie requested for a short adjournment for the defense to cautiously perused various statements of their Clients to the police so as to equip them during cross examination of the prosecution witnesses

The deceased D J Clef reportedly went missing after attending a birth day party of the 3rd accused person, Avil Oredolah Renner which was held at the residence of the 1st accused person, Baimba Moi Foray at Aberdeen in the west part of the country’s capital Freetown.

Justice Alusine Sesay has adjourned the matter to Tuesday 24 April 2016 for cross examination by the defense team.