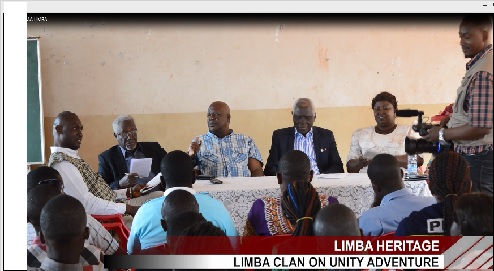 In the press conference, the interim chairman and leader of the union, Bishop Tamba A Koroma said that Malimba started as a result of the division that was among Limbas in the country. He said after the victory of President Dr. Ernest Bai Koroma in the 2007 elections, all other tribes went to congratulate him except Limbas because there was an in fight among them. As a result of that Bishop Tamba A Koroma as the leader of the National Pentecostal Church was asked to see how he can try to bring Limba people together.

According to him, he talked with members of the Akutay Friendly Association and members of the Limba Development Union (LDU) to come together and find a name for Limba people. They came together and come up with the name Malimba and they took the proposed name to His Excellency Dr. Ernest Bai Koroma which the President reportedly approved.

Philipson Kamara, once chairman of Akutay and now interim Chairman of Malimba said that after they have called for the Limba clan to come together and work as one body, he came over with nine committee members from Akutay to Malimba because they want to see peace, love, unity and development among Limba people.

She also added that as a woman they are planning on empowering Limba women all over the country with the help of NGOs and Mabohinada a Limba organization in America.

However, according to members of Malimba they have dissolved both Akutay and LDU but Akutay is saying that they are still alive.