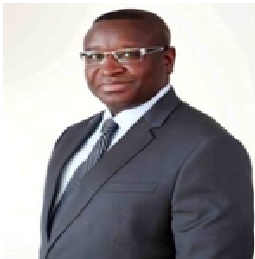 Among other things, the retired Brigadier charged that SLPP is an entity on its own and any alliance formed within it is contrary to the dictates of the party.

Maada Bio was possibly referring to the alliance formed by the other eleven flag-bearer aspirants which he said has ganged up against him.

He condemned the alliance and said it comprised members with full-blown animosity for him, citing John Oponjo Benjamin, Franklyn Rogers and others whom he claimed hardly speak without speaking ill of him.

Responding to some of Maada Bio’s statements on AYV TV, a party elder and staunch supporter of John Oponjo Benjamin said the former presidential candidate is now afraid of his shadow because the diabolic plan by his pa-o-pa group to manipulate the intra-party elections of the party has crashed.

According to the party elder, who preferred not to be named, the eleven-man alliance was formed by the flag-bearer aspirants after they had honored two invitations from the SLPP North America Branch and the Bishop Joseph C. Humper led mediation team to chat the way forward for peace and unity to reign in the party before the next presidential election in 2018.

“It was only Maada Bio who deliberately boycotted the meeting in Sierra Leone during his Ebola visit,” the elder said, adding, “We already know he has a visa problem with the USA to even think of honoring the invitation the SLPP North America Branch extended to him.

He maintained that the rationale behind the formation of the eleven-man alliance is to demonstrate that peace and unity can be attained in the party if all of them should come together and support anyone that emerges as the presidential candidate in order to avoid future defection.

The party elder stressed that only Maada Bio is undermining the ongoing peace process in the SLPP while the other flag-bearer aspirants meet very often with the moral guarantors of the process.

“Though the former presidential candidate admitted having cordial relationship with his colleague flag-bearer aspirants and on speaking terms with them, his branding of John Oponjo Benjamin, Franklyn Rogers and others as haters and the eleven-man alliance as a trap speaks of his half-truth and insincerity,” the elder said.

He described Maada Bio’s condemnation of the eleven-man alliance as an act of cowardice, adding that if he believes he is the most popular aspirant with a national appeal, he should not be afraid of any trap.