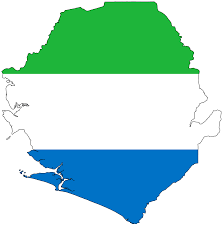 ‘’ leaders and citizens don’t put the country first.’’ He said. Mr. Mansaray stated that citizens of Sierra Leone are undergoing turbulent time and those in powers are not seeking the interest of the country and them.  He further said that people are putting their party interest above national interest and whatever they do they try to satisfy their party and it members.

He also said the increment on the price of fuel by government is not timely as he said the country is presently bleeding from poverty. He continued that the economic situation in the country is not favorable for the poor and needy and the people are suffering from hunger, starvation, hardship and bad leadership. The ADP leader said the increment of fuel from three thousand seven hundred Leones to six thousand Leones per liter will continue to increase difficulties and sufferings for the poor people.

Mr. Mansaray said the APC government under president Koroma has failed the people of Sierra Leone. ‘’ the people voted for change, but where is the change they voted for?’’ He asked. He said power belongs to the people because it is the people that voted who they think they want. But, the current government he said has asked the people question and that come 2018 the people should answer that question adequately.  He emphasized that the people are the owners of power and they lend it out to those they elect and if they failed to deliver it is the right of the people to take it from them again.

‘’ we need change.’’ He said. He stated that Sierra Leone under the leadership of SLPP and APC have failed the people as he said those two political parties are working in the interest of their party’s cohorts and not the country. He continued that sierra Leoneans should not be APC, SLPP, ADP or any other political party force, but sierra Leonean force and that people should put the country first.

The ADP chairman admonished Sierra Leoneans to vote leaders that care for their welfare and not leaders that don’t care for the welfare of their children, pregnant women, students, and other important needs. He said the increment on the fuel price has led to the increment of transportation fare and that if transportation fare has gone up it will affect the people. The leader continued that increment in the fare will definitely prevent poor students to go to school, and that it will affect every facet in the country as things will continue to become difficult for the people of Sierra Leone.  He stated again that the increment on price of passport and other commodities have left many Sierra Leoneans in a difficult state.

Mr. Mansaray who is in the United State of America on his political party tour said the removal of subsidy by government and other increment on prices of commodities has warranted him to cut his tour short and return home to help advocate and talk on behalf of the people. ‘’ let us try something new sierra Leoneans.’’ The ADP leader said. He pleaded to the people to know that the two old political parties have failed them and it is high time the people gave chance to new system of governance and see what will make the difference. He called on the people of this country to give chance to a leader that will think about their welfare and a leader that will always put Salone first not a leader that will put personal interest above national interest. ‘’ these APC AND SLPP have failed us, let us try a new dimension.’’ The leader stated.