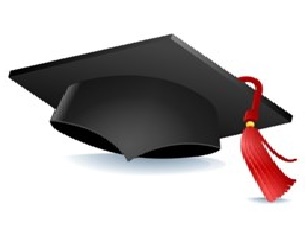 He said out of the total number that took the exams, 3445 scored units to have five subjects which have made them eligible to access University, while over 10,000 are also certified to enter polytechnic and vocational institutions.
Mr Turay admitted that the number of failures is high but he lauded the 2015 results, which he described as better compared to the 2014 results.
He noted that during 2015 the school calendar was rudely interrupted by the ebola epidemic, and children had to stay at home for nine months, and had to rely on both television and radio education teaching.
Questioned on what Government will do to improve quality of education in public schools as well as the seizure of some results by the West Africa Examinations Council (WAEC), the education PRO admitted that indeed the private schools did well more than the public schools, but Government’s concern is to give priority to public schools and will continue to train and produce quality teachers and to also improve on teaching and learning materials.
On the issue of seizure of results by WAEC due to rumour of alleged exam malpractice, Mr Turay said WAEC is an institution on its own and they did what they think is best in the interest of education, and if findings reveal that exam fraud occurred, those found wanting will face the music.
However, he disclosed that the ministry is awaiting a report from the findings of WAEC.
Mr Turay furthered that the gap between boys and girls in schools is getting close with the girls trailing behind, and this is the reason why Government is encouraging more girls into the sciences, which automatically secures a scholarship for any girl that performs well in public exams.
Among the top five secondary schools for 2015 are Hermann Gmeiner, Royal Becklyn Academy, Modern High School, International School and the Annie Walsh Memorial School which is the only public school among the top five schools, nationwide.