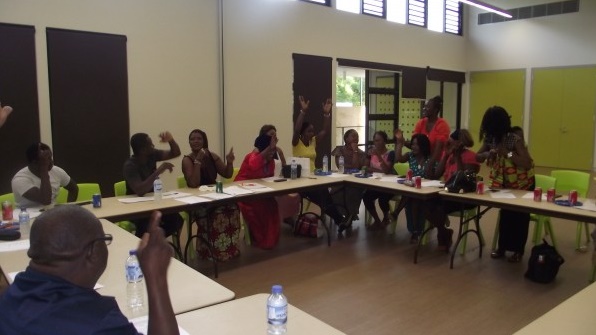 In Sydney more than ten Sierra Leonean ethnic groups are represented, although some of them are just by name because they are dysfunctional. We have groups like Tegloma for the Mende ethnic group, the Kono group, Mandingo group, the Fullah group and so on.

Now, one of the most powerful, peaceful, friendly and accommodating ethnic groups (the Temne) both in and out of the country have formed their own ethnic group organisation called the Australia Temne Association (ATA) on the 6th of March 2016.

The launching of the association was well attended, especially by women. They (the Temnes) never ruled the country since it was named Sierra Leone because no Sierra Leonean whose father and mother are typically Temne was ever Prime Minister or President in the country. But the Temne never troubled or insulted any one about that because of their peace loving nature and also because they also believe that power comes from God not by force.

Some people say it’s sometimes a good thing for people to belong to a group, be it tribal, social, religious or political as a form of identity. For such people, they believe it’s the motive of forming such groups that matters. But they tend to raise concerns sometimes because, according to them, the forming of such ethnic groups sometimes is a recipe or a breeding ground for the promotion of tribalism that would create unfriendliness and mistrust among Sierra Leoneans, especially patriotic and peaceful Sierra Leoneans both in and out of the country.

The Chairman of the meeting was Mr. Unisa Sesay. In his opening remarks he welcomed members present and thanked them for putting aside their precious time to attend the historic meeting. He however warned members not to promote any sentiment or any form of tribalism in the community and the country.

He added that the organisation is not a political entity that one could use as a bridge to achieve his or her political agenda at the expense of the community and the country. Therefore, no one should politicize or tribalize it by any means despite its name ( Temne Association).

“It should not be used for any wrong motive,” Sesay emphasised.

Mr. Bai M. Kamara, thanked Chairman Sesay for his brilliant comments about the formation of the organisation and its purpose. He said that it was good for people to identify themselves with their tribe.

“It is good for one to have pride and be proud of his or her ethnic background. However, we need love and peace from every one of us in the community. We have to be united because the Temne ethnic group is one of the largest groups in Australia and Sierra Leone. Therefore, we have to love one another and even our brothers and sisters in other ethnic groups; we should share our love and our good attitudes with them”.

Hawanatu Koroma, a female member, said the formation of the Temne Association was not a race or competition with other ethnic groups in the community.

“We are not competing as others may think or interpret our good intentions, we are friendly and peaceful people. We formed the organisation to bring all of our brothers and sisters together so that we will have more acquaintance with them and to also be closer with one another. The organisation is here to help every one of us, especially in a time of need.”

She said that by coming together they would be able to know who would be in dire need of support and who is to be supported as a family organisation.

“We though it fit to come together so that we can learn more from one another by sharing our experience. And above all it is because we have love for our tribe that made us to form the organisation to create more awareness about the importance and role of the Temne ethnic group in our community and in the country.”

When further asked what they were aiming at achieving before they decided to form the organization Beatrice said:

“In addition as time goes by we are aiming at engaging in projects and development activities to help our people back home, especially the vulnerable and disadvantaged people and the country’s general development. Please pass on this message to all Sierra Leoneans that, we are welcoming any Sierra Leonean that would like to identify him or herself as Temne or Themne,” Beatrice concluded.