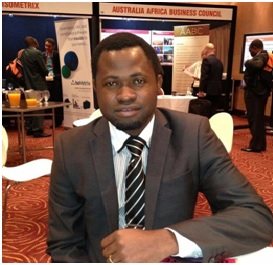 He said the Online Repository system was launched in 2012 after being developed in partnership with the Revenue Development Foundation, in partnership NMA and MMMR since 2009.

Giving a PowerPoint presentation on the Online Repository, NMA’s Manager – Mining Cadastre and Records Management, Eugene R.P. Norman said the system will reduce the level of fraud in the mining sector.

He went on that the system will further ease expenditure and constrains initially undergone by mines investor and staff as they can now sit in their respective countries and with a single click on their computers, they can be able to access information on their companies’ licenses in Sierra Leone.

Mr. Norman furthered that with the new feature added to the system, it is now viewable from any device or browser (phone, tablet, PC), internet Explorer, Chrome and Monzilla among other search tools.

Automatic synchronization of data according to him is another value added service, adding that previously, data had to be pushed manually but now, the new feature allows data-push to be scheduled and it uploads the data through synchronization.

He explained further that the new system has centralized users and that an active user in any country can be able to access NMA’s other repositories in the other countries with the same username.

He said with the public dashboard system in the new package, one need not to log in to see the dynamic charts which gives a quick overview of the data in the system.

Manager Norman stated that the new system can also download data wherein one can now download PDF and Excel data from the system for use in analysis. He concluded that the system now also has a license profile page which has three tabs, one for general information, the second for the map of the concession and the third for payments.

The press meet was climaxed with a question and answer session.