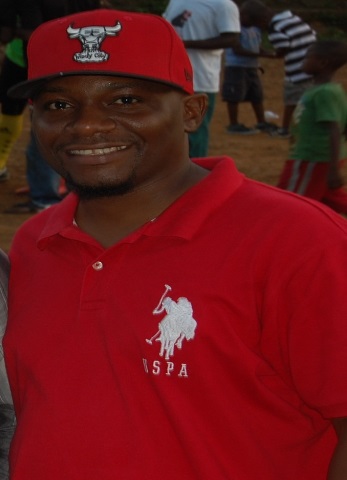 The match which attracted more than one thousand spectators was used to sensitize and educate the constituents on the dangers associated with the deadly Ebola virus and the importance of continuing to adhere to all precautionary measures to contain the spread of the virus. In total 16 teams registered for this all important football tournament.

Whilst handing over the Le. 700,000 (Seven hundred thousand Leones) to the winner, the Hon. MP Dr. Mitchell Sho-Sawyer thanked AMR Gold management for their support to the youth of his Constituency. He praised AMR Gold for being a responsible and supportive company, adding that the entire Congo Town stakeholders are thankful for the reactivation and development of sports, especially football in the community.

He stated that football is an important means for people to form and maintain strong friendships that might otherwise not exist, noting that the fastest way today to unite young people is through football.

The Member of Parliament described AMR Gold as an action oriented company.
The Chairman of the Congo Town Youth Organisation-Khalilu Sillah said that when they approached AMR Gold leadership for sponsorship, the company was only too keen to provide unflinching support.

“We were in complete amazement when we received prompt approval from AMR Gold” said Sillah. He added that AMR Gold has been very supportive of the young people of Congo Town and that they are working closely with the company on post Ebola Recovery strategies, using football to raise awareness among the youths of Congo Town and beyond. He told his audience that the Ebola war is not over and everyone must still adhere to all precautionary measures given by medical experts.

The Chief Admin and Finance Manager of AMR Gold, Mohamed Sultan Daffae said, “Youth empowerment is among our designed policies and we regard our youths as the life cable of our country.”
He highlighted that the company has been engaged in building schools, constructing roads and has renovated the Kamakwie Court Barry and the Kamakwie police station. He said AMR Gold recently provided 400 desks and chairs to 8 primary schools in Sella Limba Chiefdom, Bombali District.

According to Daffae, AMR Gold has also provided livelihood support to different communities in its operational areas of Sella Limba and Sanda Loko Chiefdoms. He stated that AMR Gold is still an exploration company that is set to soon start small scale mining in order to provide more jobs for the local community. He, on behalf of the Board of Directors, Management and staff of AMR Gold, lauded the Congo Town stakeholders for their untiring support to making the tournament a success.

He disclosed that the AMR Gold website (www.amrgold.net ) is available to the public, especially those who are interested in knowing about the company’s activities.
The tournament positively impacted the lives of other communities, especially those of Congo Town Wharf that were hugely affected by the flooding.

The match ended 3-0 against Congo Town Strikers. Certificates were provided to all participating teams and the runners up was given Le.300, 000 (Three hundred thousand Leones).

The team captain of the Congo Town Strikers, Abu Conteh, said they will use the money to buy food items for their displaced families, adding that it took them courage to participate in the competition at a time when they have been struck by the flooding which also affected the country’s capital city, Freetown.