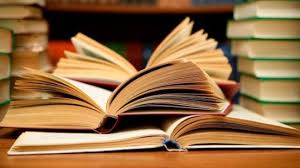 Highlighting the issues that the Ministry of Education needed to address before the committee would eventually accept their 2018 budget, the Assistant Director of Budget at the Ministry of Finance, Madam Lawratu Johnson said during the presentation by the Permanent Secretary, they have noticed five major lapses which were of serious concerns to not just them as committee members but also the audience and other non state actors who were present at the hearing.  She stated that the five lapses included;

2.     Lack of a comprehensive status of all donor funded  projects

Lawratu Johnson continued that until and unless the Ministry of Education put in place all the above mentioned, their budget would not be endorsed for approval.

Executive Director, Heal Salone Joseph Sannoh was one of the many amongst the audience who strongly supported the committee’s decision to reject the budget of the Ministry of Education Science and Technology. He confirmed that they were supporting the rejection simply because the said ministry was not accountable and credible enough to be given any more budgets.

He further explained that MEST did the same budget reporting last year with so many lapses and when they stood against it, they were asked to give them a chance to correct their errors. Joseph Sannoh furthered that there were a lot of failures in our educational system as a result of Square Pegs been put in round holes.

He said that the Ministry Education Science Technology presented well over three hundred billion leones budget for the coming year when they are yet to report to the people of Sierra Leone on how they had used previous monies.

“The Education Ministry owes almost all tertiary institutions in this country including the West African Examination Council. Let them go and do their home work well, before asking for more money”. He added.

Joseph Sannoh emphasized that he would stage a nationwide peaceful protest if the Ministry of Education Science and Technology budget happened to be approved.

The question that played on the lips of many at the end of the meeting was; what would happen to the country’s educational system in the coming years, if their budget being restrain?

Efforts to get statements from the Permanent Secretary of MEST proved abortive as he refused granting interview to AYV News.