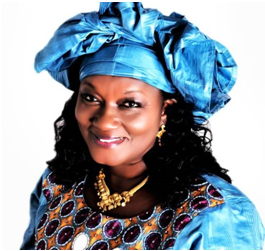 In his brief remarks, the Secretary General Mohammed P. Kargbo on behalf of his Kroobay community, welcomed the EPA representatives and stated that his community was in dire need of the tools which according to him could not have come at a better time.

He revealed that before now the Kroobay community suffered for want of attention and assistance to redeem the community from health hazards, adding that he is too happy that at last the EPA has responded positively in this direction.

The EPA PRO, James Tamba Kamara stated that he has a message from the Chairperson of EPA who was unavoidably absent due to other pressing work.

He went on to say that he was at the programme to represent his boss, following a letter sent to them by the Kroobay Community which requested assistance from the EPA towards cleaning the community and reducing disease.

He added that the area also suffers from annual floods and other natural disasters and that they are confident in the hope that the EPA Chairperson will assist them greatly in this direction.

He also spoke about the adverse effects of climate change across the world and in Sierra Leone in particular and the need to take good care of the environment; adding that this environmental protection is at the center of EPA’s activities and mandate.

Kroobay Chief, Pa Alimamy Kargbo aka Kabempa, agreed and welcomed the initiative and concern of the EPA towards assisting his community to clean and get rid of diseases. He said he was very grateful to Madam Jallow and the EPA for coming to their aid, adding that the equipment donated by the EPA to his community would be used for its intended purpose. He used the opportunity to call on other MDAs and ordinary Sierra Leoneans to emulate the patriotic example of Madam Jallow.

The items which were delivered on behalf of Madam Hadijatou Jallow included rain boots, wheel-barrows, rakes, head-pans, shovels and pick-axes.