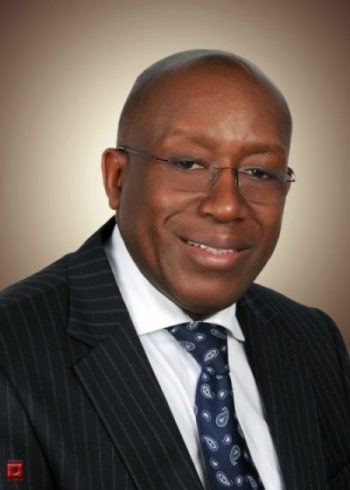 Distributing the items which included bags of rice, onions, sugar, vegetable oil and other commodities, the Tengbe National Campaign Coordinating Team and the Feed Our People Campaign told beneficiaries that they were provided by Dr. Jonathan B. Tengbe as part of his assistance to party members observing the Holy month of Ramadan.

Dr. Tengbe, though a Christian, said during a telephone conversation that as Sierra Leoneans and organizational members, it was good to always lend helping hand to others, particularly at a time when such assistance would be of great benefit to the targeted beneficiaries.

Explaining the rationale behind such assistance at this moment, Dr. Tengbe said it was the first time it had been directed at a targeted group although not the first time he was making donation to Sierra Leoneans generally as he had been doing it during difficult times.

He cited the numerous assistance he rendered to hundreds of Sierra Leoneans at the peak of the Ebola outbreak in the country through the Feed Our People Campaign.

Asked whether this was going to be a one off thing, Dr. Tengbe opined that he is a philanthropist by nature and that he intends to continue which is why he decided to set up the Feed the People Campaign Charitable Organization that will always draw his attention to his commitment to his fellow countrymen.

Receiving the donations on behalf of the Jamaats at the various party offices, some senior party district executives and Jamaat members in Freetown, Bonthe, Port Loko, Bo and Kenema, expressed great delight, describing it as reasonable and timely, noting that gestures of such nature are what they expect from SLPP members during the Holy month of Ramadan.

“We are grateful for these gifts and also appreciate Dr. Tengbe for considering us during the month of Ramadan,” the District Chairman – Port Loko stated, adding that the SLPP is a family organization that cuts across political and regional divide and always have room for every Sierra Leonean, the reason why they were not surprised to receive the wonderful items from a senior stakeholder of the party.

He said Dr. Tengbe is one of the few senior party members that have always spared time whenever in the country to visit the district.

He thanked members of the Campaign Team and Dr. Tengbe in particular for considering them and called on all SLPP members, particularly intending flagbearer aspirants, to emulate the astute and kind hearted Dr. Tengbe, whom he referred to as a “man with fine and adorable” leadership qualities that the country cannot afford to lose.