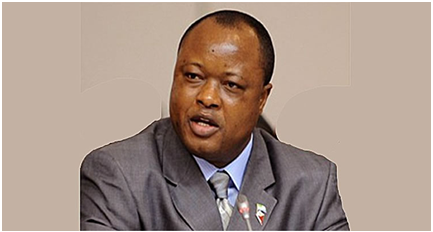 Elected former Vice President and flagbearer of C4C, Alhaji Sam Sumana in a foreword underlines that his vision to become President is to “…develop a prosperous, just and inclusive Sierra Leone, through a creative agenda that fully utilizes our human and natural resources, in a democratic and fair society, to guarantee well-being, justice and equal socio-economic opportunity for all.”

Of particular mention is his flagship programme of “One District, One Factory” which Alhaji Sam Sumana believes can create 250,000 jobs within a short period of time. While chronicling the development challenges that the country currently finds itself, the C4C says a new day has come where Sierra Leoneans are wide awake and have seen the ineptitude, corruption, and maladministration of the Koroma-led APC Government and have resolved to change the status quo. “A staggering 70 percent of our population is unemployed. Inflation is at a record 18 percent; a development that is seeing the prices of goods and services shoot through the roof. According to the C4C 2018 Manifesto the APC Government is leaving a national indebtedness to the tune of US$2 billion. “As at the last time we checked the records, our trade balance is in the negative—in fact hovering around US$500 million. More pathetically, electricity supply in our country is only available to 13 percent of our people,” the C4C manifesto explains while quizzing, “What about the remaining 87 percent? Are they not Sierra Leoneans who deserve the same access to electricity? Why should we discriminate against our own people?”

To correct the economic ills, the C4C says after assumption of office it will develop a “10-year Economic Transformation Plan” for Sierra Leone that will create one million new jobs, ensure massive upswing in industrialization and production. The plan will also encourage local-global partnerships to establish joint businesses, make the country the energy hub of the West African Coastal states, increase exports and internet/telephony access in the country and redevelop infrastructure with modern education, healthcare and sports-entertainment facilities that can guarantee quality living.” According to the C4C, their immediate attention will be to ensure fiscal responsibility and stability by “maintaining fiscal responsibility and discipline through rationalizing public expenditure, maximizing public revenues, including a review of pricing and subsidies to reduce government borrowing and strengthen prudence in the management of the national debt.”

The party says it will channel the savings in the prudent management of the fiscal space into providing progressively free education as well as healthcare. Being the first political party in the history of Sierra Leone to appoint a party officer on disability affairs, the C4C says it will establish a special fund to cater for the needs of the disabled and vulnerable people dotted across the length and breadth of the country. On good governance, party stalwarts have insisted that the presence of Seditious Libel in the statutes is an affront to free speech and freedom of expression. C4C says it will quickly expunge those provisions so that “journalists … carry out their work in a free and unhindered manner, helping to shape Project Salone,” adding that international law and procedure dictates that civil provisions of defamation are enough to curb excesses of the fourth estate. “Our government will assemble top legal brains in Sierra Leone and across the world to lead the citizens to carry out a comprehensive constitutional review to ensure proper codification of legal regimes, the specification of entrenchable clauses and clarity on all ambiguous sections of the Constitution. This will ensure certainty of the law, its supremacy and strict adherence to human rights,” the manifesto further states.

According to party chieftains, the document they have out-doored is the only “realistic, credible and forward-looking manifesto to rescue Sierra Leone from the doldrums.” They have there asked the electorate to peruse the various manifestos properly before deciding on who to vote for on March 7. “We have addressed issues of job creation satisfactorily. We tackled industrialization. Education and health are dear to us and we will fund them massively. We provided the way forward for developing the many talents that are in our country. We are the game-changers,” Lawrence Cocker, Spokesperson of Sam Sumana has underscored. With less than a week for the elections, political temperature is reaching fever pitch as the campaign of C4C’s Sam Sumana is in the provinces and he will be descending on Freetown on March 5, official last day of campaign activities. Party stalwarts have promised a massive outpour of the masses desirous of change on that day.