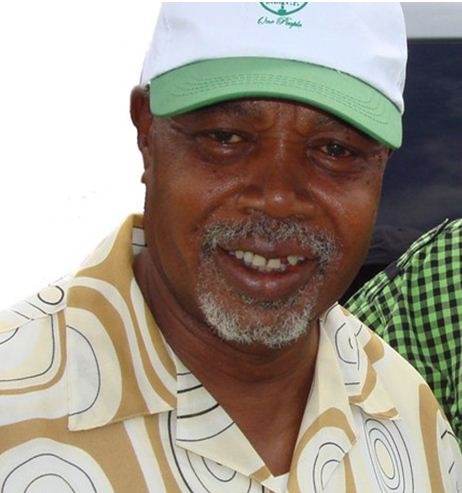 During a follow-up press conference held at the Kona Lodge on Monday 19, December 2016, the minority leader in parliament, Dr Bernadette Lahai, categorically condemned the suspension of Chief Kapen and called for his immediate reinstatement as chairman and leader of the party.

She informed journalists that as Members of Parliament, representing the opposition SLPP, they still recognised Chief Kapen as their chairman and leader of the party, stating that “the act and processes involved to suspend him are unconstitutional and further negate the norms and values of the party”.

According to Dr. Lahai NEC’s decision to suspend the party leader, including other executive members, was not done in consistence with Cap 5a of the party’s constitution and that such a move was wickedly intended to creating confusion. She added that at the same time the decision would throw spanners into the party’s gigantic strides to adequately organise ahead of 2018 general elections.

One of the party’s controversial flagbearer aspirants, Dr. Kandeh Kolleh Yumkella, who spoke for and on behalf of the Grand Alliance, reiterated the need for the party’s NEC to revoke the suspension of Chief Kapen and other executive members on the grounds that they acted unconstitutionally. He further described the entire process of removing or suspending the party executive members from the party as a “palace coup”.

He said as far as the Alliance was concerned they still recognised Chief Kapen as their leader and chairman of the SLPP and also referred to the suspension as null and void.

Meanwhile, observers had said that the decision of the SLPP NEC to suspend the above named members could not be unconnected to a High Court matter in which the now suspended members instituted a legal action and called for an injunction to be slammed on the party’s on-going administrative arrangements.

Justice Babatunde Edwards, on Friday 16 December 2016, presided over the said court matter. The motion was filed at the High Court on the grounds that the party’s NEC did not comply with an earlier Supreme Court order, which instructed them to establish rules and regulations for the conduct of the lower level elections.

The judge ruled that the SLPP should continue with their on-going administrative arrangements until the matter was determined by the court.