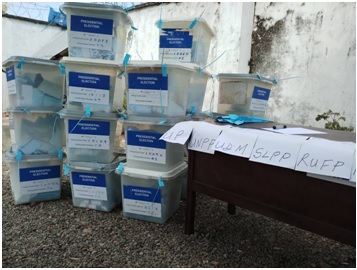 The Commission yesterday evening said it is doing a recount of votes in certain areas across the country. Therefore, the final 25 percent is being delayed, following complaints of stuffing of ballot boxes and contradictory Reconciliation and Result Forms. This has led the National Electoral Commission to conduct a recount in the stations in question; a task sanctioned by law. Albert Massaquoi said: “The laws of Sierra Leone make provision for the issue of recount”. See press release on page 3 of this edition.