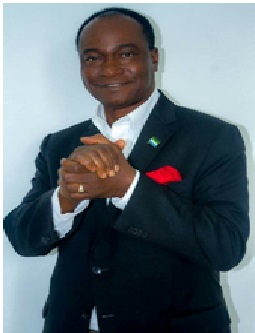 With Dr. Samura Kamara in Kenema, Kailahun and Kono Districts and Hon. Chernor Bah in Pujehun, Bonthe and Moyamba Districts; the political heavyweights’ successful thank-you tour saw thousands of highly-spirited locals turned out to set eyes and attentively listen to goodwill messages from their sons and brothers.

Not able to resist their joyful emotions the people, old and young busted out singing, clapping and dancing as the political champions of the APC triumphantly entered the two regions not only to thank party executives and members for successfully completing the nominations, but to also further unite the party and encourage all those who missed out from party symbols not to lose hope but must join the ‘horse winning a race’, which cannot be changed.

It all started in Bo City on Friday 2nd February 2018 when the Muslim Community in the Southern Region city offered prayers for the APC Presidential Candidate, Dr. Samura Kamara and his running mate, Honourable Chernor Bah. The symbolic prayers sessions were held both at the Temne Central Mosque and the Fullah Mosque.

The prayer point was for them to succeed as President and Vice President of Sierra Leone respectively in the March 2018 polls.

The religious leaders prayed that Almighty Allah will deliver and hand over the country into the hands of the APC leaders who have the fairness of Allah, developmentally oriented and have the ability to transform the country into an admirable one.

The mosques were occupied by thousands of worshippers, party supporters were was there not just to share the Holy blessings of Jumu’ah but to the see the charismatic leaders.

Dr. Samura Kamara and his running mate Hon. Chernor Maju Bah seized the opportunity to addressed thousands of supporters in the seven districts in the south and east.

The APC Presidential candidate was blissfully received in Kailahun Town, Kissi Teng and Kissi Tongi areas around the Kailahun District few miles to the Guinea and Liberia borders, including Buedu and Koindu Towns; Tongo in Kenema District; Kangama, Jaiama Nimikoro and Koidu City in Kono District.

He informed the gatherings that he has been part and parcel of the current developmental strides in President Dr. Ernest Bai Koroma’s government and promised to embark on more developmental projects when he assumes the mantle of leadership as President of the Republic of Sierra Leone after March 2018.

The APC, Dr. Samura Kamara said is not an ungrateful party, but a party with a good foundation and structures which is why it is not only thanking its supporters for contributing to a successful nomination process but also urge them to stay as a united force for the good of the nation.

“Let us remain peaceful and refrain from any form of violence. APC is everyone’s party that leaves no one behind,” he said.

In the south, APC’s Running Mate Hon. Chernor Bah informed his audience that his choice as running mate was a clear demonstration by the party and President Koroma for the confidence, determination, and trust it has in young people. He further said it’s only with the APC that Sierra Leone is assured of development, economic growth and better living condition for Sierra Leoneans referencing projects that the APC government has implemented in the various districts and at the national level.

Hon. Bah assured the Young voters of APC’s continuous commitment to transforming their lives and making them better citizens in the country and the world at large.

Both leaders, Dr. Samura Kamara and Hon. Chernor Bah handed over the campaign and all elections-related matters to the stakeholders in the Eastern and Southern Regions respectively.