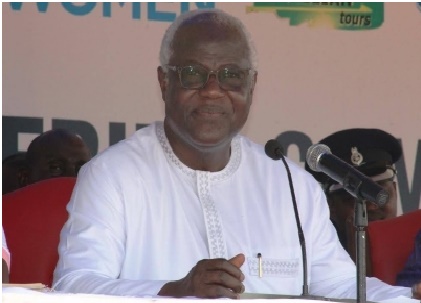 It can be recalled that the two alhajis were recently sacked by President Koroma on allegation of hajj fraud.

In what many people have seen as an open defiance and rude challenge by the APC party against their respected National Chairman and Leader, the party through its National Advisory Council (NAC) appointed, endorsed and announced the two personalities into those positions.

“No serious country or political party in this twenty-first political century will entrust such senior appointments in the hands of alleged fraudsters.” Alhaji Mohamed Lamin, an Islamic scholar told this reporter in an interview last evening in Freetown.

Nurudeen and M.A. Jalloh were tasked with overseeing selection of intending pilgrims to benefit from government funding and they were part of the Hajj Committee headed by Sierra Leone’s current Vice President Victor Bockarie Foh.

It was costing roughly $5000 for a return ticket to attend the Hajj in Saudi Arabia and very few Sierra Leoneans could afford that cost then. Therefore, the Government of Sierra Leone with support from donor partners provided scholarships to poor pilgrims who were suppose to be selected through stringent criteria.