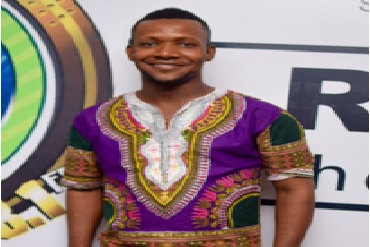 She disclosed that the awards usually took place in the United States of America but is taking place in London, United Kingdom this year. Like Michael Sambola, other prominent people that were winners and awarded this prestigious award include former President of Liberia Ellen Johnson Sirleaf, the legendary Mohamed Ali, and Archbishop Desmond Tutu among few others.

“I am so happy to be involved in Michael’s growth and receiving this award on his behalf makes me feel very good and humble especially when the team came to Sierra Leone to discuss Michael’s story, ” James said.

The achievement according to James is a great honor to Radio Democracy not for Michael alone, noting that everybody in the institution is working as a team despite the fact that arguments about program specifics are bound to happen but that does not affect their resolve to succeed as a team.

“If Michael is established so big today it is because we give him the platform and I am so happy to be at the front to give him the opportunity,” she said.