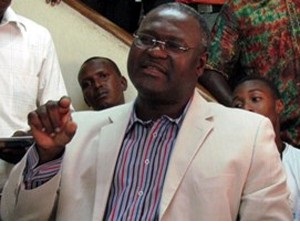 A majority of Africans say corruption has risen in the past 12 months and most governments are seen as failing in their duty to stop the abuse of power, bribery and secret deals, according to a new opinion poll from Transparency International.

In the report People and Corruption: Africa Survey 2015, part of the Global Corruption Barometer, Transparency International partnered with Afrobarometer, which spoke to 43,143 respondents across 28 countries in Sub-Saharan Africa between March 2014 and September 2015 to ask them about their experiences and perceptions of corruption in their country.

The majority (58 per cent) of Africans in the surveyed countries, say corruption has increased over the past 12 months. In 18 out of 28 countries surveyed a large majority of people said their government is doing badly at fighting corruption.

Despite these disappointing findings, the bright spots across the continent were in Botswana, Burkina Faso, Lesotho and Senegal. Citizens in these countries were some of the most positive in the region when discussing corruption.

Many Africans, particularly the poor, are burdened by corruption when trying to get access to key basic services in their country.

22 per cent of people that have come into contact with a public service in the past 12 months paid a bribe.

“Corruption creates and increases poverty and exclusion. While corrupt individuals with political power enjoy a lavish life, millions of Africans are deprived of their basic needs like food, health, education, housing, access to clean water and sanitation. We call on governments and judges to stop corruption, eradicate impunity and implement Goal 16 of the Sustainable Development Goals to curb corruption. We also call on the people to demand honesty and transparency, and mobilize against corruption. It is time to say enough and unmask the corrupt,” said Transparency International Chair José Ugaz.

It is increasingly clear that citizens are a key part of any anti-corruption initiative. However, the survey finds that corruption reporting mechanisms are often seen as too dangerous, ineffective or unclear. More than 1 out of 3 Africans thinks that a whistleblower faces negative consequences for reporting corruption, which is why most people don’t report.

“Our work as civil society is clear: we have to spread a message of hope across the continent. Corruption can be tackled. People need to be given the space to stand up against it without fear of retaliation and governments need to get serious about ending the widespread impunity.”

Unless it’s stopped, corruption slows development and economic growth while weakening people’s trust in government and the accountability of public institutions. ©TRANSPARENCY INTERNATIONAL

In previous series of the Global Corruption Barometer, 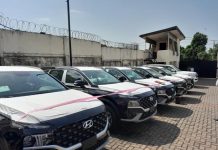 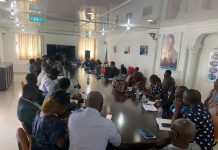 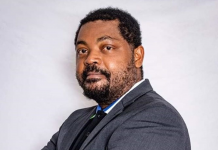