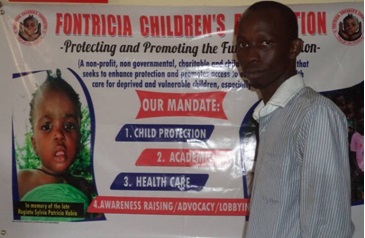 “The unceremonious one hundred percent increment from Le250, 000 in 2016 to Le500, 000 in 2017 is clearly a human rights violation that should not be tolerated,” Abdul Fonti disclosed in an exclusive interview with AYV.

The rights defender is further appalled that the University could not put forward any convincing reason for the hundred percent increments in ‘application form’ fee.

“This action is seen as an affront to the United Nations protocol on the right to education of these poor students,” he disclosed, while arguing that a good number of students will be prevented from attaining tertiary education as a result of this whopping amount.

“Poor and suffering parents and students who have already endured enough frustration and extortion from the West African Examination Council (WAEC) will now be forced out of school completely because they cannot afford the application fee, which is just a component of multiple financial obligations they must fulfill ahead of enrolment,” Fonti narrated.

In a press alert issued by the Fontricia Children’s Foundation, the young people welfare organisation called on the Government of Sierra Leone to intervene and ‘end the brutal human rights abuse against poor students struggling to educate themselves in a rotten system.’

“We further urge the administration of the University of Sierra Leone to respect the rights of poor students aspiring to educate themselves amid rising poverty,” the alert reads.

Fonti has also announced that his foundation was closely monitoring the ugly development as they consider further actions.