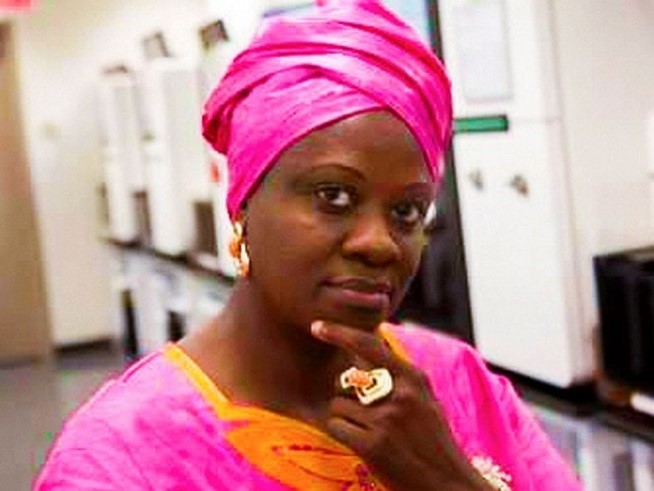 Former Minister of Social Welfare, Gender and Children’s Affairs, Dr. Sylvia Olayinka Blyden has expressed concerns of the issue of pupils struggling to get National Identification Number (NIN), while describing the Policy as a disaster to the country’s educational system.

Dr. Blyden was speaking after her visit to her former school, the Prince Of Wales (POW) School in Kingtom, Freetown yesterday 19th October, 2022, where she interacted with the school’s authorities on the Policy.

She said the Policy is a disaster, primarily because the children for the past few weeks since the policy was announced, spend days and days and days out of school fighting and choking to get NIN numbers.

Dr. Blyden wrote on her Facebook wall saying: “The NIN Policy of David Sengeh is a disaster at this my old school plus dozens of other schools across the Western Area. I have interviewed the principal and many of the senior teachers.

They, like school principals across Western Area, share my view that the NIN policy has been a disaster primarily because the children for the past few weeks since the policy was announced, spend days and days and days out of school fighting and choking to get NIN numbers.

These senior educationists across the board believe that if David Sengeh continues to insist on it, it will result in very poor results next year – as the children have not been taking classes and they are already lagging behind in the curriculum. It’s a complete mess in Freetown so I can only imagine what’s happening in the provinces.

However, the National Civil Registration Authority (NCRA) has yesterday said in consultation with education stakeholders they have decided to reschedule the issuance of NIN to candidates for BECE and WASSCE starling early November, 2022.

The Authority has advised candidates to continue their normal schooling until dates, schedules and centres established for NIN purposes are communicated shortly, noting that in the meantime, NCRA Offices across the country remain closed to BECE and WASSCE candidates, save for the general public for all CRVS and identity related services. The NCRA further encouraged the school authorities, parents, guardians and pupils to continue to exercise patience and show maximum understanding with assurances that they will be attended to without delay.