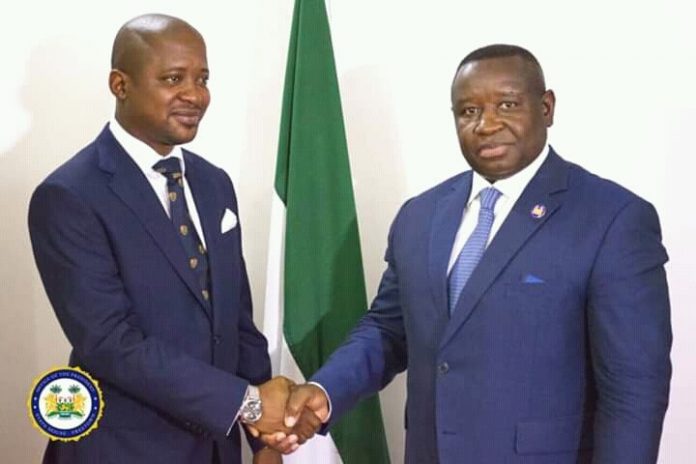 Chief Justice of Sierra Leone, Hon. Justice Desmond Babatunde Edwards said the Office of the Ombudsman was set up to investigate issues arising from employees or members of the public who may feel disadvantaged, maligned, discriminated and or otherwise as a result of maladministration, abuse of powers, injustice or harsh decisions from employers, among other issues.

He said members of the public can send in their complaints in the form of writing to the Office of the Ombudsman, without any cost, adding that when complaints are made, they are investigated and recommendations are made.

He explained that if the issue is not addressed by the institution or employer, then they have the alternative to write to the president directly and later parliament.

Speaking on the theme, the Hon. C.J said Resilience comes into play when recommendations are ignored, noting that the independence of the Ombudsman is most times challenged when dealing with those on the seat of power.

Resolve he said, comes to play when ability to make firm decision is tested, whiles Respect is earned when institutions work hard devoid of fear or favour, seeking to bring justice and fairness to all.

Ombudsman of Sierra Leone, Leon Jenkins-Johnston said Ombudsmen are confidential, impartial and independent conflict management professionals. He explained that their roles and services are relatively unknown compared to other methods of resolving conflicts such as mediation, arbitration and reconciliation.

“Pursuant to Section 146 sub section 1 of the constitution of Sierra Leone, Act No. 6 of 1991, it is provided as follows and I quote, subject to the provisions of the constitution, Parliament shall not later than 12 months from the commencement of this constitution or so soon hereafter as parliament may determine, by an Act of Parliament, establish the office of the Ombudsman. Sub section 2 of section 146 provides as follows and I quote, the Act of Parliament defines the functions and duties of the Ombudsman which shall include, investigation of any action taken or omitted to be taken by or on behalf of:

a. Any Department or Ministry of Government

b. Any statutory cooperation or institution of higher learning or education set up entirely or partly out of public funds, and

c. Any member of the public service being an action taken or omitted to be taken in the exercise of their administrative function of that department, Ministry, Statutory Cooperation, Institution or person.

He further spoke on the functions and responsibilities of the Ombudsman highlighting circumstances under which the Ombudsman can be removed.