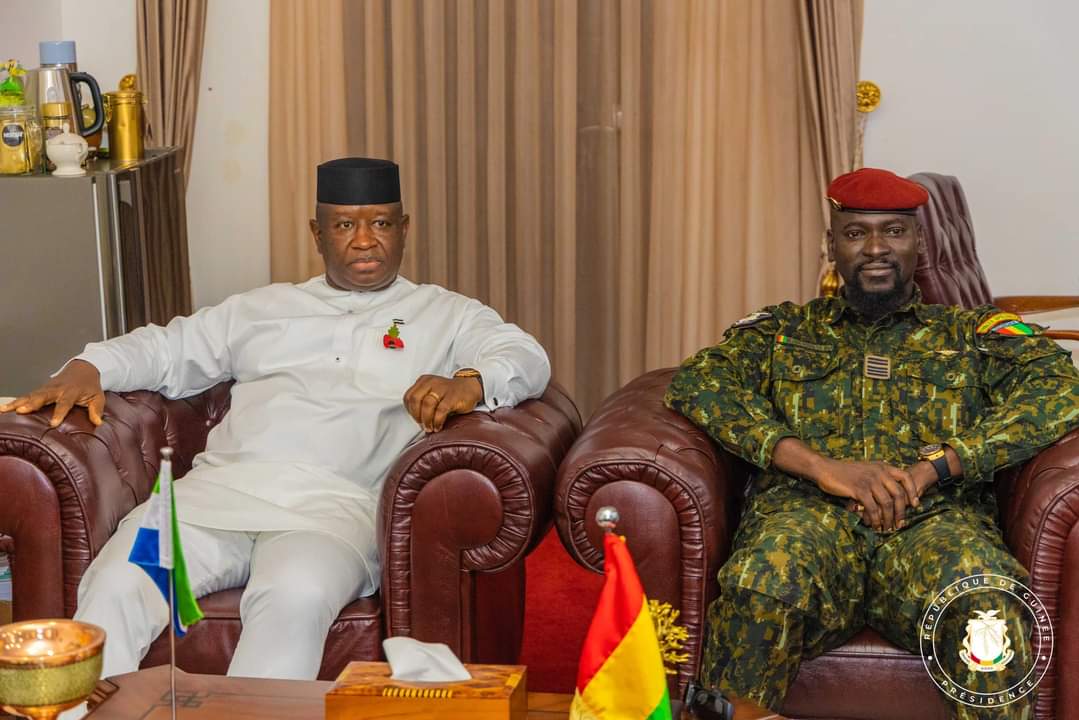 Col. Mamady Doumbouya, the Guinean Leader who assumed power in 2021 made his first official visit to Sierra Leone on Friday.

Vice President Dr Jalloh posted on his Facebook page saying, “This visit will bolster the strong socio-economic, cultural and political ties between the people of Sierra Leone and Guinea”.

First Lady of the Republic of Sierra Leone, Dr. Fatima Jabbie Bio posted on her Facebook page, “The Guinean Leader whose visit was geared towards strengthening the bilateral ties between the two sister countries was hosted at State House by the First Family”

Doumbouya was met by Sierra Leone’s president, Julius Maada Bio , and promised to strengthen the ties between the two countries.

“It is an honour for me to come and see my brother Bio, because he is the first president who came to visit us when we took power on 5 September ( 2021, Ed. ), on 11 October President Bio was already in Conakry . That was a testimony of the friendship, the brotherhood between the Republic of Guinea and the Republic of Sierra Leone . And we will work further on this, to strengthen once again our ties of cooperation, brotherhood and friendship”, affirmed Colonel Mamady Doumbouya, the Guinean leader.

“Guinea and Sierra Leone, we are not (just) neighbours , we are so related that it is difficult to draw a boundary between us. But that is what happened after colonialism, the ‘scramble for Africa’. So we have to keep this relationship between our two countries, and basically that’s what we are doing”, he said.