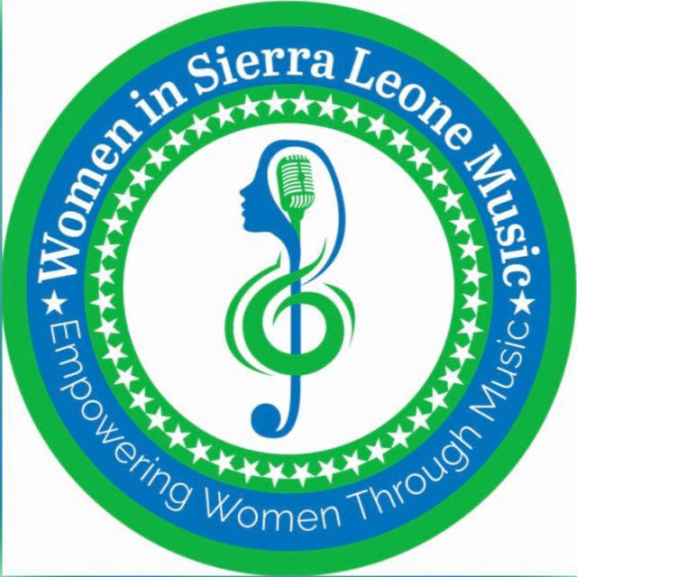 A group of female musicians, each with over ten years of experience in entertainment yesterday Thursday 18th March, 2021 launched the ‘Women in Salone Music Organisation’ and also opened a brand new ultra-modern Music Recording Studio situated at the Old School Complex on Hill Station in Freetown.

One of the country’s Gospel Music Legends, Mrs. Felicia Grant Turay commonly known as ‘Lady Felicia’ told newsmen that in a way of giving back to society, they have created a platform through which they now offer trainings, seminars and events to empower female musicians.

She said the platform will help them give voice to issues they may face by fostering their creativity and giving them the visibility they need to become leaders in Sierra Leone’s Music Industry.

Lady Felicia went on to say the office will create an encouraging environment for female musicians in Sierra Leone by advancing their welfare and enabling them to achieve their full potential as creative artists, connecting Sierra Leone to the world.

“We seek to be a leading organisation which promotes and empowers female musicians in the country to speak to gender issues by offering them a world of artistic opportunities for both self-expression and professional advancement.” Lady Felicia added.

The Ultra-modern Music Recording Studio, Mrs. Turay informed, will be used by women and girls interested in doing music and wishing to record their songs, with a minimal fee required from them for the smooth running of the studio.

Traditional musician, Madam Amie Kallon is one of the most influential musicians of her time. She thanked the young women for coming together with what she described as “a wonderful step in the right direction.”

For most live music events in the country, the line-up tends to consist merely of male musicians.

However, there are females, especially recording artists, who have made and are still making impact on the music industry.