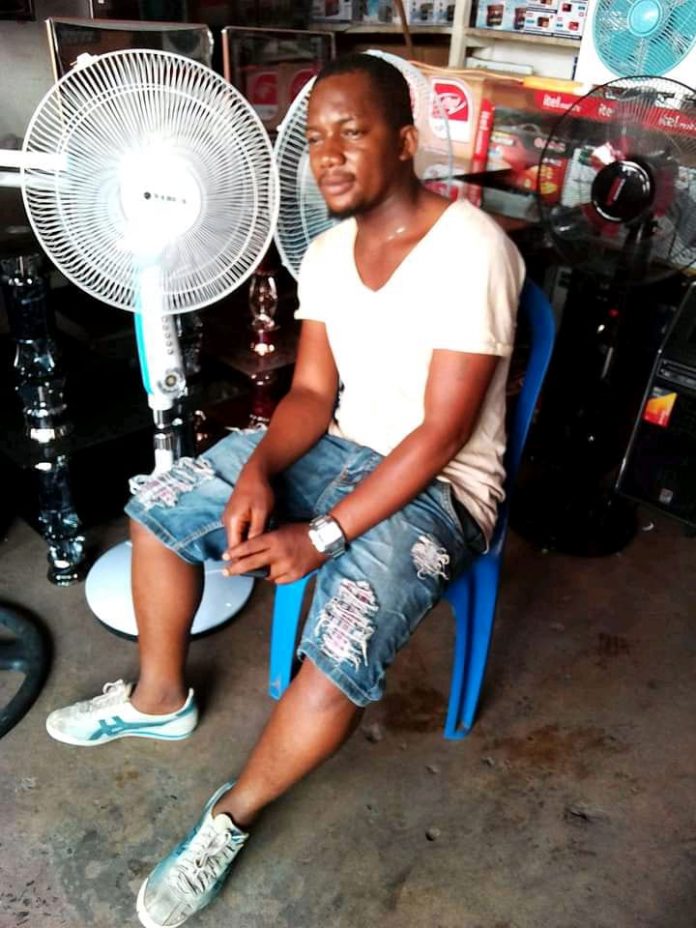 The fate of 23-year old Bashiru Kamara formerly of Circular Road in Kenema town, east of Sierra Leone, whose late father was an Imam (Islamic Leader) in the Central Town Mosque of Kenema, continues to be a mystery as police and angry community people are still searching for his whereabouts.
In a press release issued by the Sierra Leone Police yesterday 4th May, 2019 announcing a Ransom of Le50,000,000 offer for anyone who will help in the arrest of Bashiru, it was stated that Bashiru escaped from police custody with the aid of one Fatmata who claimed to be his aunty, after he was accused of being a Gay and involving in an act of gay.
Reports state that Bashiru, whose mother and father were killed by Ebola in 2014, was never seen with a girl and many people became curious and concluded that he was homosexual, an act seen in Sierra Leone as a taboo especially being the only existing child of his parents who were fanatic Islamic scholars before their untimely death in 2014.
Reports say on 9th April, 2019, Bashiru was caught red-handed by one Foday Sesay at Circular Road in Kenema on the abominable act with one Mohamed Sesay (son of Foday Sesay who caught them).
According to Foday who spoke to this reporter after the incident, he has table where he was selling flashlights in front of Bashiru’s late father’s shop in Central Kenema, later run by Bashiru himself.
He said in the evening of April 9, he left for a traders’ meeting as Chairman of the Kenema Traders’ Union and left his son Mohamed to look after the table.
Upon his arrival after the meeting was cancelled, he noticed his son has packed the table and left. He also noticed Bashiru has also closed his shop and left before the normal closure time which is 6:00pm each day.
However, Foday said he thought they two lads closed the businesses as a result of low customers turnout, little did he know they were up to such a devilish act.
He said he was at the doorway of the shop when someone came and drop some money for Bashiru so he decided to collect it on his behalf and offered to pass by Bashiru’s house at Circular road to drop him the money before heading for his own house.
He said upon arriving at Bashiru’s place, he met loud music playing to an extent that no one heard him knocking the door.
So he said he opened the door and when he entered Bashiru’s room, he met Bashiru and Mohamed having anal sex. So he shouted and neighbors rushed in and they were both given the beating of their lives.
Later, Foday went on, he was told that his son Mohamed was beaten badly before police could intervene and could not bear the pains but later died at the hospital later that same night, while Bashiru was dragged to the Kenema police station half death.
Speaking to the police media chief yesterday 4th May, 2019, he confirmed to this writer that indeed Bashiru was brought to the station half dead in evening of April 9 after being mercilessly beaten by thugs who claimed he has brought shame and disgrace to them.
He also confirmed seeing the corpse of another young man later identified as Mohamed that was being conveyed to the hospital’s mortuary in Kenema.
He said at the scene of crime, the police attempted obtaining statement from Bashiru but the tension from the angry crowd of protesters could not make it possible.
He said the police detained Bashiru at the station and was ready to give him a Police Medical Form to go for medical checkup but unfortunately, he was unable meet police bail condition, which was for him to provide sureties that will guarantee his returns to detention, so he was detained at the station despite he was in critical condition.
However, due to his condition, he was released to his aunty at 2:00am the other day for medical attention and was supposed to return after, but how he able to escape aided by his aunty was what the police media chief could not explain to this reporter.
However, he said there has been a serious man hunt for him and a ransom of Le50,000,000 (Fifty Million Leones) for anyone who can help his arrest.
This reporter’s investigations proved that during a door-to-door headhunt for Bashiru on April 10, youth and angry community members, (shouting: “We will kill you for embarrassing and disgracing us”), ransacked Bashiru’s house on Circular Road and also that of his late parents on Massaquoi Street in Kenema, leaving all his belongings and those of his late parents all stolen and some others destroyed.
Since then, no one knows the way about of Bashiru but it is believed that community members are still angrily hunting him.
According to Sierra Leone laws, Lesbianism and Gay acts are totally discouraged and disallowed. The laws state that anyone caught in the practice must face a sentence of Life Imprisonment with Hard Labor.
Among others hunted gays, Bashiru is top on the police search and wanted list and if caught today, he will face brutal death in the hands of his hunters or face a life imprisonment with hard labor by law.
However, there have been lots of moves by human rights organisations and advocates to get government to expunge these draconian laws against gay and lesbianism from the country’s law books but to no avail.
Sources have it that these attempts by human rights advocates have all failed because the act of Lesbianism and Gay is against religious and traditional beliefs as Sierra Leone is a Muslim and Christian dominated state with high respect and regards for tradition.