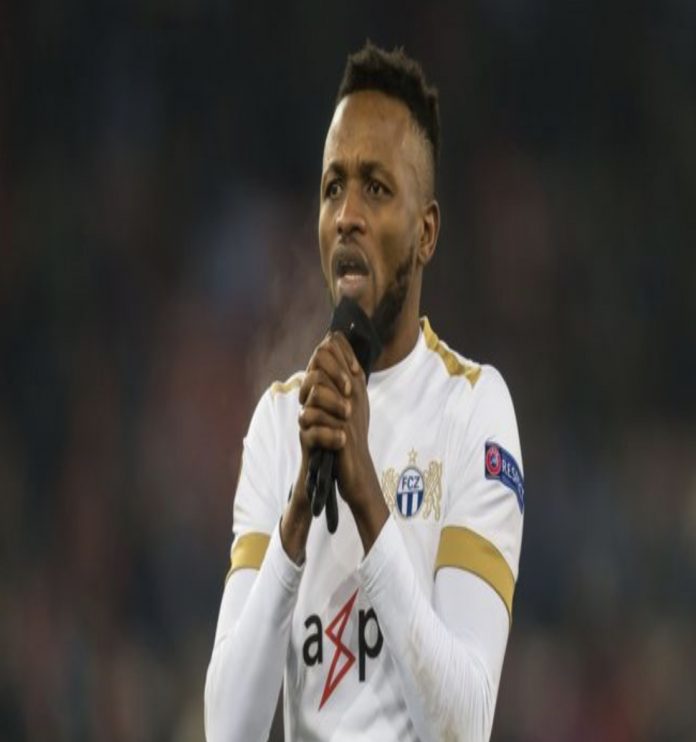 “You missed a penalty for Sierra Leone, supporters will torture you and vandalise your properties. When I missed a penalty against Liberia people insulted me, vandalised my house. I went through psychological torture.”

These were the words of Sierra Leone’s Football Captain, Umaru ‘Zingalay’ Bangura as he speaks to the BBC on the exit of the Leone Stars from the ongoing African Cup of Nations (AfCONs) 2021.

He said he healed when Sierra Leone qualified for the Nations Cup for the first time in 25 years after defeating Benin in Conakry.

“I felt relieved when I skippered the team to qualification. I knew I had given my country something I lost before.”

“So I understand what Kei Kamara is going through and his situation is the worst because he might not have anything again to give back to Sierra Leone and for Sierra Leoneans to forget about what has happened.”

Kei Kamara’s house was recently targeted after he missed a penalty for Sierra Leone against Equatorial Guinea at the Africa Cup of Nations in Cameroon.

“I backed off from taking penalties for Leone Stars because it’s a matter of life and death for Sierra Leoneans,” said the 36-year-old who handed over penalty duties to Kamara after his miss.

“Nobody is 100 percent sure of scoring a penalty, so why would you step forward to take a penalty when you know that if you miss you are going to get hurt by your people?

“It’s normal for a player to miss a penalty, Riyad Mahrez, Lionel Messi and other big stars have missed penalties. Franck Kessie, who always scores a penalty for his club, missed against us when we played against Ivory Coast.”

His side lost the match 1-0 in Limbe when a draw would have seen them reach the knockout stages.

“Most of the boys have told me they’re now scared of taking penalties because of what has happened to two senior players in the team, myself and Kei Kamara,” Bangura told BBC Sport Africa.

Kamara’s house has been under police protection since January 21.

Bangura saw his house targeted after missing a decisive stoppage-time spot-kick in a 2022 World Cup qualifier in September 2019.