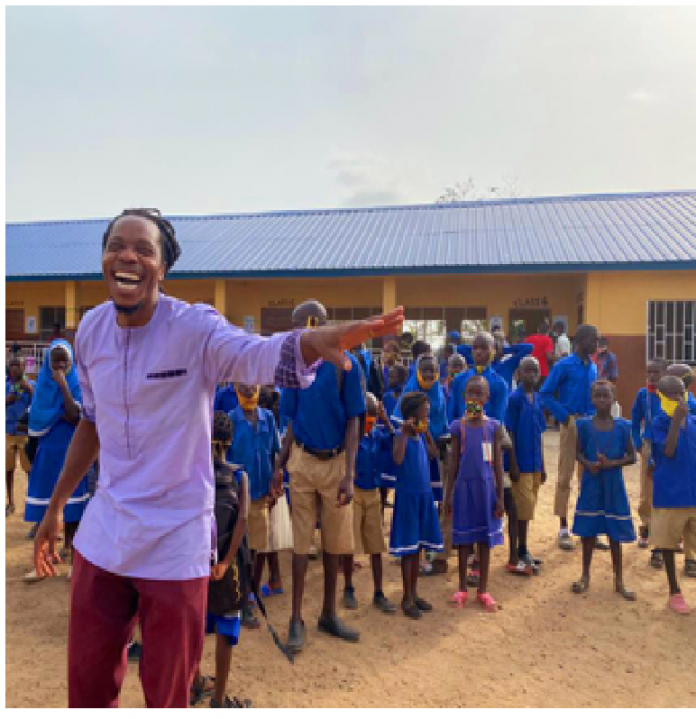 Minister of Basic and Senior School Education Dr. David MoininaSengeh has stated that the Ministry in three years has been able to deliver on about 70 percent of the New Direction People’s Manifesto commitments on free and quality education.

He made this disclosure during the weekly government press briefing held at the Ministry of Information Conference Hall Youyi Building.

He said in achieving the quality aspect of education, they’ve recruited 5000 teachers, assessed over 4,000 teachers and about 10,000 have undergone training, implemented 10% allowance for teachers in 2019 and in 2020 they added a 30% salary increment for teachers.

He said teachers made up about 40% of the payroll and there are presently about 85,000 teachers in the country.

He said a lot has been done for teachers, however, noted that as a government, they understand the challenges teachers are faced with and one of which is that many teachers don’t have pin codes, noting that government can’t possibly employ all the teachers.

The Minister said 3400 new schools have been approved and the government spent Le 150 Billion every academic year on school subsidies alone.

He said in the recent past, they are recording the highest number of passes ever in science subjects like mathematics, chemistry, physics among others, noting that there is a notable reduction in examination malpractice.

“For the first time in Sierra Leone, we are developing the Basic Education curriculum framework and the civic education curriculum framework. What we are using presently are syllabuses from Nigeria and Ghana, we gonna develop syllabuses based on what we want our children to be educated on like critical thinking, creativity, and the fourth industrial revolution,” he said.

He said they’ve brought the highest amount of money in education ever which is the World Bank USD$ 70 Million.

He said the ministry has built about 100 early childhood classrooms last year and they are expanding about 100 again this year, noting that they recently commissioned 327 classrooms nationwide that were built last year.

“We have continued to expand on teachers’ development, infrastructure development, learning, and curriculum, restructuring the human resources at the Ministry and policies development,” he said.

He said recently cabinet approved a policy on radical inclusion which they named ‘Paopa all man for learning book’, adding that they are also ensuring that every chiefdom has an adult education learning center so that the illiteracy rate in the country can be reduced.

“Improving Education and Skills Training Investing in quality education – primary, secondary, and post-secondary (including technical and vocational education and training (TVET) and university) will help transform Sierra Leone’s natural and mineral resources into sustainable development. Education is the key to individual, community, and national development. Education helps lift people out of poverty and creates vast new opportunities to reduce unfair income distribution and increase choices. It creates awareness and helps to sustain democracy and peace,” according to figure 3.1 in the People’s Manifesto under Human Development.