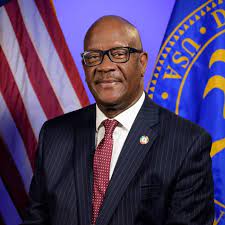 The Minister of Health and Sanitation (MOHS) Dr Austin Demby has said that 40% of the population of Sierra Leone must be vaccinated before the end of the year.

He said World Health Organisation (WHO) has made the resolution that they want to make sure that 40% of the world’s population is vaccinated at the end of the year and 70% of the population should have been vaccinated by mid next year.

“We have to continue to sensitize our people to take the vaccines as we have four different times that will help them make their choice. Often, a percentage of the population must be capable of getting a disease in order for it to spread. This is called a threshold proportion. If the proportion of the population that is immune to the disease is greater than this threshold, the spread of the disease will decline. This is known as the herd immunity threshold. That is the reason why we want majority of our population to get the vaccine.”

Dr Demby averred that said that even if the most effective vaccines’ effectiveness falls to 70 percent from 95 percent, the world still has a path to achieving the herd immunity that can end the pandemic. They see immunity conferred by the vaccine can essentially completely limit the breakout of any infections in the population. These data give us hope that even with the vaccines that do not confer 95 percent protection against these emerging variants, the light at the end of the tunnel is approaching.

The Minister of Health says raising vaccination rates will be essential to achieving a transition toward normalcy. Vaccine hesitancy, however, has proven to be a persistent challenge, both to preventing the spread of the virus and to reaching herd immunity.

Vaccine hesitancy makes it all the more difficult to reach the population-wide vaccination level rates that confer herd immunity. Vaccines are proving effective and rapidly scaling, bending the curve in many geographies. This is a fragile dawn, however, with transmission and deaths under control, access to vaccines, and variants of concern has help Sierra Leone to do well in the past month.

He said it is for that reason that the United Kingdom has removed Sierra Leone from the red list. They are calling for more people to get the vaccine so that if there is any break of other variant, because majority of the population would have been vaccinated, they will overcome the break always.

“Given that sufficient vaccine doses are available to vaccinate the highest-risk populations in the coming months, we expect to see more people coming out in their numbers to get vaccinated before the year ends. The transition to normalcy during the last quarter of the year will do us good and prepare us well to meet the influx of people during the December period. We have come a tremendous way in such little time and we cannot afford to lose on the gains we have made against this unforgiving virus. Science underpins the success of our global pandemic response. It is imperative that it continues.”