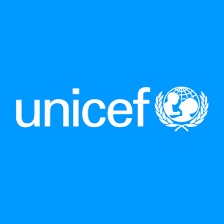 The Milton Margai Technical University (MMTU), with support from the United Nations Children’s Fund (UNICEF), the Ministry of Basic and Senior Secondary Education (MBSSE) and the Global Partnership for Education (GPE) have unanimously resolved to support Early Childhood Education with the training of teachers and provision of logistics like curriculum development, teaching and learning materials, scholarships and stipends for ECD students for the Early Childhood Development Centers (ECD) in the country.

This disclosure was made on Tuesday 12th October 2021 at the meeting organized by the three stakeholders at the Great Hall of the MMTU Goderich campus.

Emmanuel Alie, the National Coordinator, GPE, MBSSE commended the Principal of MMTU, Dr. Philip Kanu for approaching education from a practical view, informed that the Ministry recently appointed a Task Force to restructure the teaching and learning of music, arts and crafts and creativity, recalled the recent commissioning of EDC centers in Makeni and underscored the need for the Ministry to partner with MMTU to develop EDC Centers since GPE would soon cease its support to them.

He further stated that the tripartite partnership would include the development of training modules, to encourage ECD educators to stay in their communities, for students to be sent for teaching practices where possible, that the meeting is for stakeholders to generate new ideas to train and support teachers in EDC Centers and disclosed plans by the Ministry to build 35 ECD Centers in three districts in the country.

Dr. Kanu further informed that the college would redesign programs to attract students in music, arts and crafts and creativity, that currently there are 6,000 students in the three campuses of the college, that they are taking the college to the people with their distance learning programs and that the President would unveil the new logo and Technical University Court on 20th October this year.

He also disclosed plans by the college to train commercial motorbike riders ‘Okadas’ to meet the needs of society mentioning the country’s lack of health and safety standards.

Suman Sachdera, Education Specialist, GPE for UNICEF articulated that early childhood education is the foundation of learning, underlined that teachers need a lot of support for learning outcome and better future for nation-building but reiterated that they must be trained and qualified.

She also described the partnership as a huge opportunity for schools.

Mrs. Melody Martin, Director of Early Childhood Education, MBSSS revealed that the Ministry lacked a policy and coordination on ECD until 2020 when an ECD Unit was setup that developed the national ECD curriculum with the support of UNICEF.

The Vice Principal of MMTU, Dr. Mohamed AlieJalloh reiterated that partnership is key to MMTU that is now at the threshold of becoming a Technical University but lamented that the college had a troubled history but for the appointment of Dr. Philip Kanu who has transformed the institution to an enviable status within three years.

He furthered that the college has very cordial relations with UNICEF, that some lecturers have also conducted consultancies for the UN Agency affirming that there is no better time to take ECD serious but now which he reiterated is important for the development of any nation and assured that the college is ready to take up the bold challenge.

Highlights of the event were the PowerPoint presentation on The Status of Early Childhood Education at MMTU by Mrs. FatmataReider during which she enlightened that research reveals that children who go through ECD are likely to go to university, have money, less-likely to commit felony and other advantages.

She further noted that most ECD teachers are trained and qualified primary school teachers and recalled that the MMTU center was established in 2013 by the late Rashid Turay.

Other highlights of the meeting were the conducted tour of the Arts and Crafts and Homes Economics Departments and the ECD Center, the question, answer and comments session.