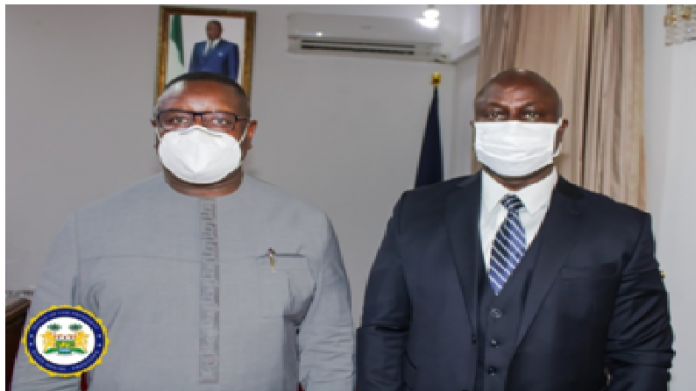 Lawyer Turay, who had previous experience working with the UN Disengagement Observer Force in the Golan Heights and briefly served as Chairman for the National Commission for Privatisation in the country, expressed gratitude to the President for his appointment, adding that he was humbled by the confidence reposed in him.

He assured of his utmost commitment and dedication to pursuing his mandate.

He said, amongst many other things, he would focus on key strategic priorities including but not limited to promoting, canvassing and advocating for the Common African Position on United Nations Security Council reform, a position that is being championed by President Julius Maada Bio as Chair of the C-10.

“In this connection also, I will endeavour to use my good offices to facilitate the election of our qualified Sierra Leonean compatriots to positions of strategic importance in the United Nations System.

“In this connection Your Excellency, I will further focus on sharing within the relevant UN bodies the key elements of the updated version of our Nationally Determined Contributions to mitigate and adapt to Climate Change which has already been submitted to the United Nations Framework Convention on Climate Change,” he said.

In his remarks, President Bio congratulated the ambassador and wished him well on his new appointment, adding that the brief speech he had delivered demonstrated his wide range of knowledge on the subject matter.

He further admonished the envoy that notwithstanding his knowledge, there were challenges and complexities ahead as well, but assured him of his continued support.