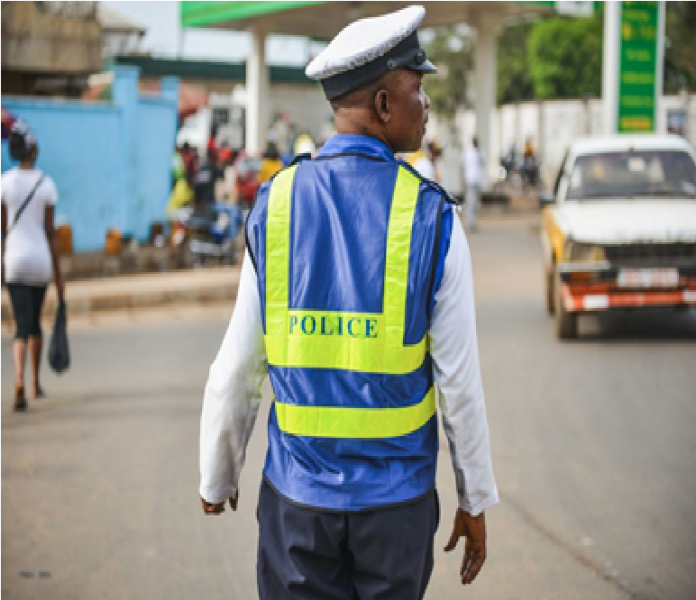 The customized engagement took place at the ACC’s Mena Hills office in the North-East city of Makeni as part of the Commission’s restless efforts to raise awareness on issues of corruption to ensure effective, efficient, accountable and transparent service delivery to the public. This reflects the ACC’s firm belief in combating corruption through spreading the right education and information to public duty-bearers and communities, according to Mariama Navo, the North-East manager of the anti-graft agency.

Miss Navo, in her welcome address, said the ACC has close and fruitful collaboration with law enforcement institutions and other stakeholders with the aim of tackling corruption across all sectors in the country. She said the four institutions should maintain and defend integrity as they interact with the public on a daily basis.

Unfortunately, overwhelming reports on alleged official misconduct have been associated with these institutions. ‘Bribery solicited, paid, and received at checkpoints is just an open secret as illegal booking fees collected and recorded allegedly by members of the Drivers’ Union for officers manning checkpoints.’ Unlicensed commercial bikes ply the roads and get away with their offences by paying bribes too,’ she said.

Traffic offences should not be settled with bribes, as ‘the government is losing plenty of needed funds through corruption,’ the manager declared, while she strongly forewarned the Union members and officers to refrain from corruption, and consider that their work is closely tied to the whole development stride in the country. She said that if corruption went unpunished, it would eclipse development efforts and exacerbate poverty.

On corruption penalties, ACC Resident Prosecutor in the region, Timothy P. M. Sowa, said, matter-of-factly, that the law against corruption has been stiffened and offenders have no bolt-hole to get away from its uncompromising force. The ACC has now a bonafide court within the High Court of Sierra Leone, so that protracted delays in prosecuting corruption offenders on behalf of the citizens is a matter of the past. By the same token, the Commission has prosecutors in other parts of the country to quicken the pace of fair prosecution against corruption.

Of the 31 corruption offences, the lawyer added, Abuse of Office and Abuse of Position are the most committed with heavy penalties levied against those convicted. Besides, he explained, conspiracy is equally an act of corruption, and bosses who instruct their junior officers to solicit and accept bribes from drivers and commercial bikers on the roads are liable to punishment by law.

‘The evidence of corruption is more important than the quantum of money involved,’ the prosecutor said. This means that some alleged corrupt public officer stands liable to be prosecuted regardless of how much money has been stolen or misused. He therefore advised all at the meeting to resist and reject all forms of corruption and consequently avoid any untoward situations at the hands of the law.

Referring to the Amended Anti-Corruption Act of 2019, Mr Sowa said that on one count of corruption, a minimum sum of 50 Million Leones or a prison term of 5 years should be levied, or both such fine and term should be dispensed concurrently. Additionally, in an event of an out-of-court cash recovery settlement, a 10% charge would be stipulated on top of a likelihood of not holding a public office at least for three years.

In response to the stern warning, the BRU scribe, Deen Bangura, cried down corruption as, according to him‘it stunts development.’ He said that the allegations of corruption raised by the Commission could hardly be defended, and he therefore suggested that the knowledge received at the meeting be used to enhance proper administration and safety of roads in Makeni City and its environs.

Similarly, the representatives from the SLRSA, Drivers’ Union, and the SLP thanked the ACC for the empowering engagement, and pledged to abstain from corruption and work in the interest of the public.