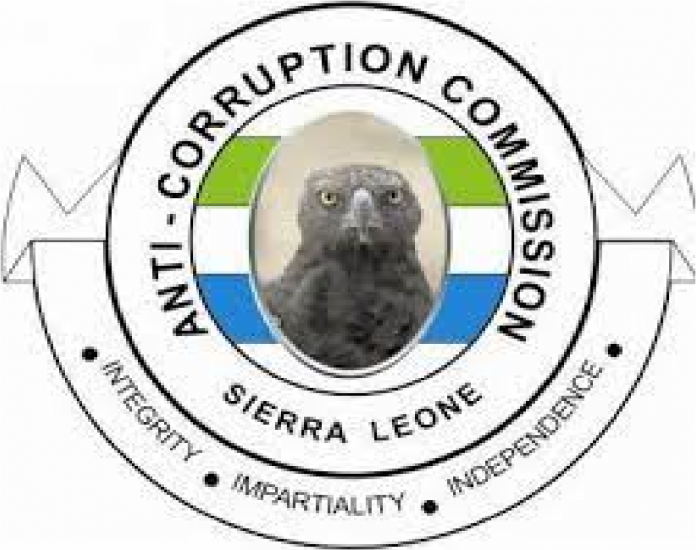 Rigoberta Menchú Tum, the Guatemalan 1992 Nobel Prize laureate, who was recognized for her contributions towards social justice and ethno-cultural reconciliation based on respect for the rights of indigenous peoples famously stated that; ‘’without strong watchdog institutions, impunity becomes the very foundation upon which systems of corruption are built. And if impunity is not demolished, all efforts to bring an end to corruption are in vain’’. This corpulent quotation epitomizes the place and significance of a robust and comprehensive campaign against corruption, which focuses on holding perpetrators of graft accountable. When achieved, this will not only consign the concept of impunity to the dungeon, but will build public confidence in the campaign against corruption.

In a purposeful move to woo public support for the fight against graft, an indispensable factor, the Anti Corruption Commission (ACC) Sierra Leone has been showcasing with brazen steadfastness and alacrity that it can respond to any corruption allegation, irrespective of who was implicated, where and when it happened. If evidence available to the public is anything to go by, then this ACC is well on the verge of proving that it can be trusted to adequately lead the national campaign against corruption.

It is now almost a pattern that this ACC will always swiftly and decisively respond to any allegation of corruption. It continues to respond to allegations of corruption across the country and making their findings public in record time. In most of these, when sufficient evidence is adduced, perpetrators are held accountable.

When in October 2019, a video trended on social and mainstream media, alleging that some tourists faced extortion in the hands of health and immigration personnel at the border town of Gendema, the ACC’s Elite Scorpion Squad struck in no time with commendable precision. A follow-up video from the victims acclaimed the move by the ACC and helped salvage the reputational risk such posed to Sierra Leone.

Similar multiple strikes were carried out during public exams at the Bo District Health Management Team, Njala University and most recently the clamping down on two DICOVERC staff, etc during which suspects were arrested allegedly committing acts in breach on the Anti- Corruption Act of 2008, as amended in 2019.

We have also seen the ACC under this current leadership of Francis Ben Kaifala Esq., swiftly responding to high profile corruption matters and coming out with their positions to the public, as seen in the case against the former Chief Minister Prof David Francis, the Office of the First Lady, the Honorable House of Parliament, the Sierra Leone Maritime Administration, and the Civil Aviation Authority. Similar robust measures have also been seen in the handling of matters emanating from the 2018 Auditor General’s Report, the 2019 Special COVID-19 Audit Reports, and referrals from the Commissions of Inquiry, to name but a few.

Despite figments of reservations by some persons over the outcomes and conclusions of some of these matters, the ACC maintains that the conclusions were informed by the law, best practices professionalism and fairness. For instance, in the press releases on the allegations that the former Chief Minister had an account at Eco Bank where an alleged $1.5million bribe was paid, the ACC stated that, it did not find such an Account, neither such an amount at the Eco-Bank in the name of the former Chief Minister.

On the issue of Parliament, the ACC found breaches and recommended systems and processes review. On the Office of the First Lady, it did say that Section 39 of the 2016 Financial Management Act allows the Minister of Finance to give to unallocated heads 1% of the nation’s annual budget in respect of issues that are considered “public interest”. These were adequately communicated to the public as the ACC continues to be accountable to the people of Sierra Leone.

As Nuhu Ribadu, former Executive Chairman of Nigeria’s Economic and Financial Crimes Commission (EFCC), testified before the US House of Representatives Financial Services Committee in 2009, “When you fight corruption, it fights back. It will likely have greater resources than you and it is led by those who operate outside the law and view the fight as life and death for their survival”. Though this is a sad reality, the attempts by corruption and its sympathizers to fight back have not in any way deterred this ACC.

This new level of promptness has increased public trust and confidence in the ACC. In the words of the ACC Boss, Francis Ben Kaifala, ‘’We continue to press on with this fight as if we are losing, even though empirical evidence speaks otherwise. We cannot afford to relax on our gains. We cannot disappoint the people of Sierra Leone’’.

When such a momentum in sustained and intensified, I am sure public support, which is crucial to winning the war against corruption, will be assured. It is no longer a matter of ‘IF’, as the ACC’s disposition denotes a no-going-back against corruption. I hold the firm conviction that, one step at a time, and consciously so, we are getting there.