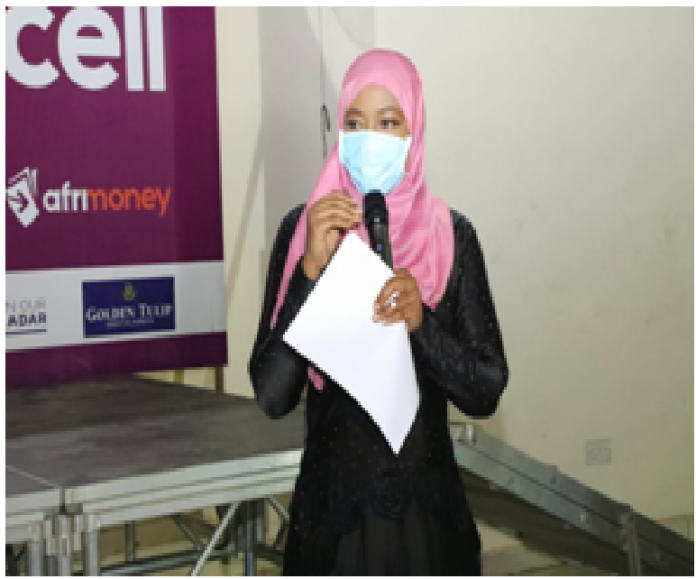 The Speak Up Africa representative in Sierra Leone, Aminata Kane Balde has maintained that action needs to be taken in Sierra Leone in order to eliminate Malaria.

Madam Aminata made this call during an interview on the project Zero Malaria start with me campaign as the project comes to an end this year.

The Speak Up Africa representative noted that there is every need to hold people accountable by their action.

She said the next phase of the project is to hold people to account for not taking action.

She stated that the inclusive approach during the campaign helped a lot noting that when members of the community are involved it goes a long way.

“We did district level engagements, training for media people and lot more. We had consultants who are in the field right now, measuring the impact of the campaign. So they are getting in touch with all the stakeholders to measure the impact,” she said.

She stated that as implementers, it’s very difficult for them to be the one to judge their successes, adding that in terms of success, the collaboration between the NMCP and Speak Up Africa, Africa and all the IBM partnership members has been absolutely great.

Another success story was having the private sector on board and making them understand the reason why they need to get involved in the fight.

“When you consider the different types of target groups that we brought in and engage in workshops, raise awareness based on innovative ways of doing things it made us achieve a whole lot,” she expressed.

Madam Kane noted that in the fight against malaria, when you look at statistics mostly Sierra Leone has done well and that it is the first country in Africa that has systematized the prevention of malaria among infants, which she described as a big step ahead and that it is great leadership.

But that based on the reality on the ground, people are still suffering from malaria, as it is still a burden on many districts noting the need to raise awareness and take action.

She added that another thing we need to work on is advocacy, how to advocate to different audiences, different target groups, as there is no one size that fits all messages.

The Speak Up Africa representative spoke on a number of challenges noting that the biggest challenge is culture.

Malaria continues to be one of public health crises in Africa of which Sierra Leone is no exception.

In 2018, approximately 400,000 deaths and 200 million cases occurred in Africa. The most vulnerable populations continue to be hit the hardest, with 70% of deaths being under 5 year olds.

17 countries have now launched their national campaigns across Africa.