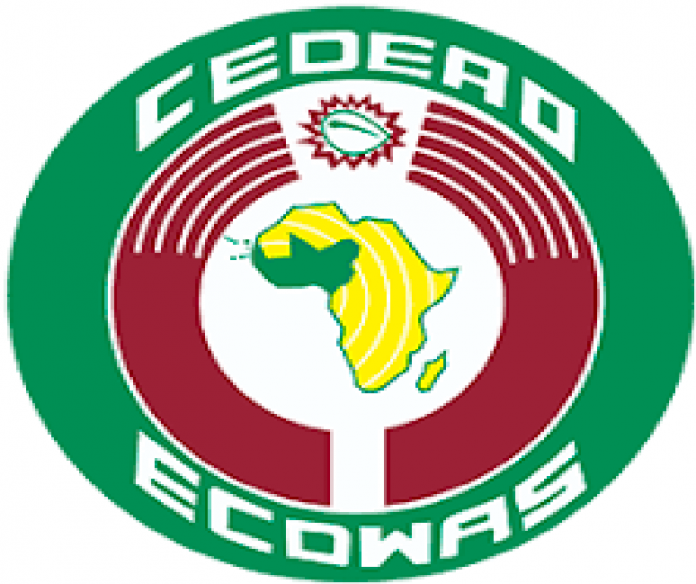 By Abu Shaw in London

ECOWAS Parliament has been given a stern warning to pay attention to Sierra Leone’s appalling human rights record to prevent another chaotic Mali.

The Economic Community of West African States ECOWAS was given this admonishment by Sierra Leone’s main opposition APC Parliamentary Leader Chernor Ramadan Maju Bah. He warned ECOWAS parliamentarians: “The President of ECOWAS must pay attention to what is happening in Sierra Leone today. ECOWAS must put Sierra Leone on the Watch List.”

The warning was made on 2nd June 2021, by the Head of the Sierra Leone delegation Honourable Chernor Bah alias Chericoco in Abuja Nigeria where he cautioned the ECOWAS Commission through its President Jean-Claude KassiBrou to be proactive rather than be reactive in solving problems in the sub-region.

Chericoco noted that to prevent the reoccurrence of the Malian situation, ECOWAS should place Sierra Leone on the radar because there are many underlining issues similar to Mali. He accused ECOWAS of paying deaf ears despite the numerous complaint letters that had been sent to ECOWAS highlighting the signs that are undermining democracy in Sierra Leone.

The ordinary session of the ECOWAS Parliament continues dedicated to the presentation of reports on the state of the region by the President of the ECOWAS Commission. The Speaker of ECOWAS Parliament Dr Sidie Mohamed Tunis, who is also a Sierra Leonean and an ardent member of the ruling SLPP government, was present in Parliament when Chericoco was making his explosive presentation. The ECOWAS President Jean-Claude KassiBrou touched on the issues of security in the region, the economy, movement of the people, and trade among others.

During the question and answers session, members of parliament raised concerns over the issues of terrorism, democracy, etc. In his response, Chericoco pointed out the need to follow early warning signs in member states in terms of human rights issues and peace. He noted: “Mr Speaker, I don’t know what the new trend is. But usually, before now, when the President addressed this House, we would get a situation report country by country. But this time around, perhaps for the two other elections that were held in Cape Verde and Benin this is not happening.

“Be that as it may, Mr Speaker, I would want to remind Mr President that the early warning signals within the commission, are to help in preserving the peace and security in the region. Mali is no exception. Signs were there in Mali, we don’t know what happened but we eventually ended what we might have avoided what happened in Mali. Mr President, you are fully aware, in my country Sierra Leone, since 2018 a lot of issues have developed.

From the election of the Speaker Dr AbassBundu to the removal of elected APC Members of Parliament, the Commission has been copied all of these Mr President.

“So it would have been good, as we used to do in the past to get situation reports country by country. As I speak, there are other underlining issues in some of these countries as well. In my country, after the election, electoral reforms were recommended but we are yet to conclude these electoral reforms. And they are necessary for future elections.

Again, with the constitution, there are torts, because we have seen the policies already, for council elections to be non-partisan. But the constitution is specific on what to do.

“I am sure you have also heard about it and I have been told about the intention of the government to conduct a Mid-Term Census, the first time in our country’s history. But be that as it may Mr President, I am sure you have been briefed on these issues if not on a weekly basis. So in the future, I suggest more detailed reports on security. The reason being according to my colleague in Liberia, without peace and security, the development would be far-fetched,” Chericoco stressed.

Speaking exclusively to the AYV television in Abuja, Chericoco urged the Commission to put Sierra Leone under the radar. He added: “I deliberately raised questions on the Mid-Term Census the government of Sierra Leone is intending to carry out. That is against the constitution. I also reminded him of the non-partisan policy which the government is planning to roll out in conducting local council elections. That again is definitely against the constitution. That was why I told him issues that border the constitution ECOWAS should not sit and wait for the last minute before stepping in.

“There are several underlying issues. You and I know that there are many political refugees since the elections in 2018. I raised the issues about the illegal imposition of the Speaker. The illegal removal of Members of Parliament and several government officials of the last administration who had left the country, and are unable to come back because of fear of intimidation and harassment. As you said, those are issues that border on good governance and also human rights issues.

“Several other issues I talked about but the President of the Commission did not answer in detail, did not respond to my commentaries in detail. But we still believe that as I reminded him ECOWAS had early warnings and Sierra Leone should be on the Watch List. They need to visit Sierra Leone and look for those things which we as the opposition have raised as against what the government is saying. So that we avert anything that will destabilise the peace and security in Sierra Leone,” Chericoco warns ECOWAS.

Since April 4, 2018, when President Julius Maada Bio and his SLPP government came to power, there have been numerous human rights violations and violence against innocent civilians especially critics and opposition political leaders. From the Pademba Road Prison massacre on April 29, 2020, when nearly 100 prisoners were murdered by Presidential Guards to the Makeni massacre on July 17 to 18, 2020 when peaceful protesters mostly youths were gunned to death on the orders of the Resident Minister North Abu Abu Koroma, to Lunsar, Tombo, ThonkoLimba, Mile 91 killings of innocent people. Not to mention the arbitrary arrest and detention of a young man called Forster who is still in jail after a security guard attached to the Deputy Internal Affairs Minister Lahai Lawrence Leema’s residence shot his left leg.

And many other violations like against Mr Michael Mansaray and Mr Maada SaliaKonneh who were recently jailed for merely expressing their views against President Bio’s regime in Bo and Kenema respectively. An outspoken opposition politician of the ADP party Mohamed Kamarainba Mansaray is perishing in detention on concocted politically motivated rape charge against his person. “Sierra Leone is definitely on a time bomb considering the volatile situation created by the violent ruling SLPP government,” a political observer opined.