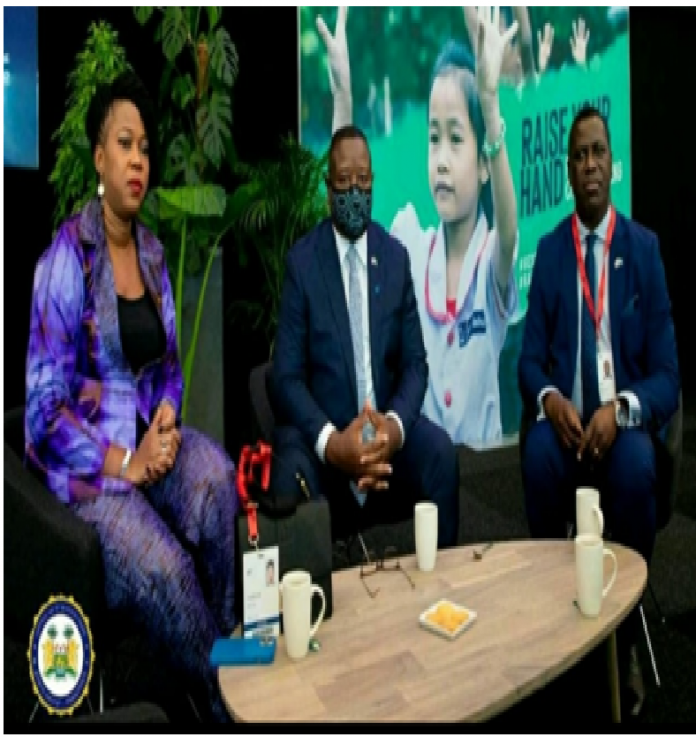 The Minister of Foreign Affairs and International Cooperation, Professor David Francis was part of President Bio’s delegation that attended the Global Summit on Education in July 2021.

Co-hosted in the United Kingdom by the UK Prime Minister Boris Johnson and Kenyan President Uhuru Kenyatta, the 2-day event attracted high profile government officials from across the African continent, private foundations and development banks to raise funds that will ensure that millions of children in low-income country like Sierra Leone access education.

During engagements on the margins of the summit, President Bio held fruitful bilateral discussions with the UK’s Foreign Secretary Dominic Raab on issues bothering on development assistance, Post Brexit Trade deals and strengthening the bilateral relations that exist between the two countries.

After making a passionate case for Sierra Leone, the British government according to UK’s Foreign Secretary Raab has considered Sierra Leone as a priority country and will not be affected by the 80% ODA cuts.

It could be noted that the Covid 19 outbreak forced Developed Nations including the United Kingdom Government to drastically cut its Official Development Assistance (ODA) budget by 80% for low-income countries.

The Official Development Assistance (ODA) is UK taxpayers’ money that supports aid and development in low- to middle-income countries like Sierra Leone.

Most ODA’s are grants given to promote sustainable social and economic development and welfare of citizens in developing countries.

Sierra Leone has been a beneficiary of the ODA support from the UK government; this according to Professor Francis has contributed immensely to building strong institutions in Sierra Leone as well as cement the cordial and friendly relationship between the UK and Sierra Leone.

The United Kingdom is Sierra Leone’s largest bilateral donor therefore this move to consider Sierra Leone as a priority country for development assistance is a welcome news and as a country, we will continue to partner with them to ensure win-win outcomes of the development aspirations of our two nations, Prof Francis noted.

On the issue of the Brexit Trade deal, Professor Francis said that he will have further discussions with the UK Foreign Secretary, the UK’s International Trade Secretary and Africa Minister on Post Brexit Trade to deepen the conversation and negotiate more advantageous trade deals with Britain.