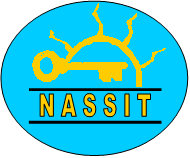 NIN is similar to the Social Security Number in the Western world is a unique identifier for individuals and is issued when someone confirms/registers with the NCRA.

It is a non-transferable series consisting of letters and numbers. The latest development comes at a time when forgery manipulation of important documents is on the increase.

Director General of NCRA, Mohamed Mubashir Massaquoi said the NIN which is the first of its kind in Sierra Leone is not shared among individuals and that this makes it a security feature.

Citing the importance of NIN, DG Massaquoi started by saying it is a security feature that will be added to National and ECOWAS identity Cards that will be produced by NCRA soon.

This will make the duplication of Cards by criminals practically impossible because only NCRA generates NIN in Sierra Leone.

The NIN will be used by that person when he or she wants to apply for important documents like passports, license, pin codes and more.

This fine development will discourage criminals from holding multiple salaries white depriving others that are qualified for such but do not have appointments.

Another benefit of NIN according to the NCRA boss is that it enables the government to generate taxes through a uniformed process.

There are business owners who own multiple businesses but only pay for few. This leads to evasion of taxes which leads to mass revenue loss for the government. With the NIN, business registration license and certificate would have NCRA’s NIN added to that document which means that an individual’s personal details with NCRS will be a requirement for getting a License.

“Soon, tax evasion will become a story of the past because government will now be tracking businesses and demand for payment of taxes.” Mr Massaquoi informed.

A business owner will now pay for all his businesses regardless of registering them separately. On rogue and fraudulent civil servants who hold multiple pin codes, the Human Resource Office of the government will now be able to track such individuals and brought to book. Civil servants were the first to be registered and confirmed by NCRA which means all their personal data are now in the database, HR office can now easily gain access to it whenever they want to check or update the salary scheme of civil servants.

This move by the government through NCRA is a deliberate attempt to seal all leakages from the consolidated funds.

When a single person has more than one pin code, he is not only stealing from the government, but also depriving others from gaining employment which is bad for the development of any nation.