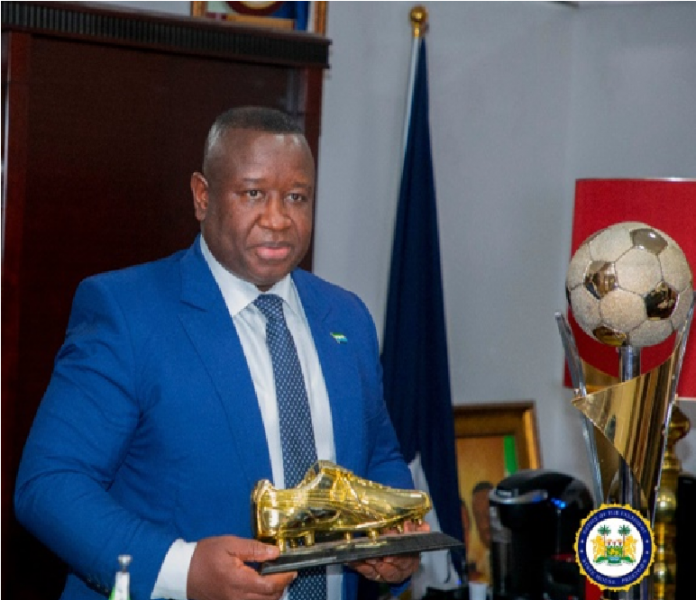 Le100M, Parcel of Land for Each Leone Star Player

President Julius Maada Bio has promised each LEONE STARS player $10,000 and a parcel of land if they win today’s match against Benin scheduled to be played at the Siaka Stevens Stadium in Freetown.

Football fans in have expressed hope for Sierra Leone to qualify for the 2022 Africa Cup of Nations even though the match between Leone Stars and Lesotho ended goal-less.

However, Nigeria’s win over Benin give Leone Stars another chance to qualify.

Now, Leone Stars are to face Benin in Sierra Leone today at the Siaka Steven stadium for a return leg and the team is expected to win with two goals to secure a place in the tournament after twenty five years.

Sierra Leone was held to a goalless draw to Lesotho in the Sesotho Stadium, maseru City in the 2022 Africa Cup of Nations qualifiers which has made the super Eagles of Nigeria to qualified for the tournament.

Benin, Nigeria, Sierra Leone and Lesotho are drawn in group L for two teams to qualify.

Sierra Leone’s National Football team Leone Stars was held to a goalless draw to bottom side Lesotho in Sesotho Stadium earlier on today.

This has cemented Nigeria’s place for the 33rd Edition of the AFCON next year in Cameroon. Fans across Freetown express their view on the outcome of the match.

In the late game between Benin and Nigeria in Porto Novo Benin Subtitute Pau Onuachu’s 94th minutes goal was enough to secure all three points as group leader.