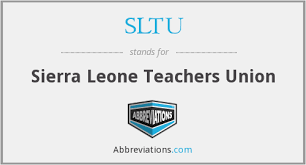 School authorities and Teachers across the country have been warned not to see Schools as revenue generation agencies.

This caution was made by the Commission’s Public Education Officer North-West Region, Mohamed Thullah. He told school administrators, staff and pupils that schools are not revenue generation agencies where the prevalence of illegal charges and other forms of extortion has seriously contributed to the drop in standards performance of pupils across the country.

Thullah recognised the role of teachers and their contributions to nation building and accentuated their critical role in building the country’s human resource base.

He said: “Illegal charges, extortion and other forms of bribery and other malfeasance have eaten deep and the results have been devastating on the crop of students produced,” he noted.

The public education officer highlighted various corrupt practices that have plagued the sector including but not limited to illegal admission, falsification of report cards, payment for report cards, payment for assignment or test, absenteeism, sex for grades, payment for extra classes, bribes paid by parents to teachers and public officials to get grades and pass exams, diversion of school fees subsidies and other supplies, double dipping among others.

Thullah stated that examinations malpractice and the misuse of school fees subsidies are issues of great concern to the ACC and emphasised that such practice amount to punishable offence in the 2019 amendment Act of the ACC to a fine of fifty million leones or five years jail term.

He cautioned school administrators and teachers to desist from corrupt practices and always adhere and conform to the dictates of the education policy; whiles encouraging both staff and pupils to resist, reject and report any attempt or suspicion of corruption.