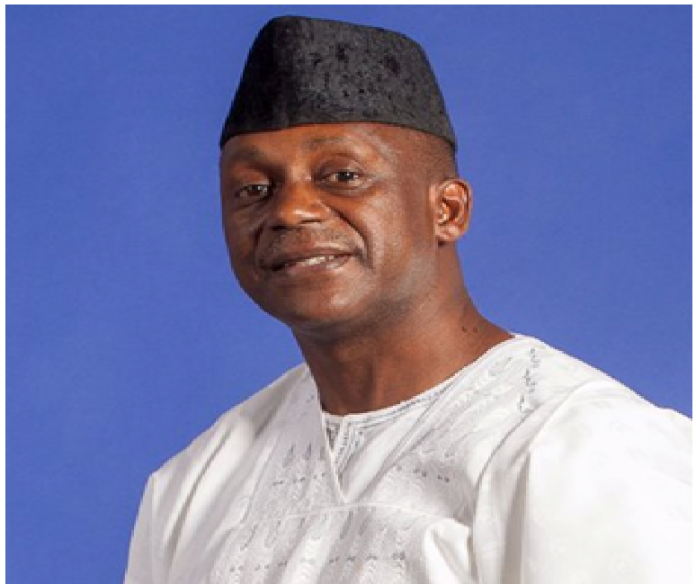 Pupils of Samu chiefdom past weekend danced the streets of township celebratingHonorable Dr. KandehKollehYumkella (KKY) after he supported the Samu Baptist Secondary School at Kassirie with 100 bags of imported cement for the ongoing construction of five additional classrooms building to ease the burden of pupils scrambled for sitting accommodations.

As he believed in the concept and power of education as a reliable and dependable tool to promote success and permanent sustainable developments growth, Hon. Yumkella had earlier supported Samu Baptist Secondary School with over Twenty  Million Leones  for school furniture  and  as well Mohrikhanu Memorial Secondary School, Kychom with over twenty seven Million leones for the same purpose.

Before now, KKY helped to facilitate the approval of both primary and secondary schools for Samu chiefdom.

Hon. Yumkella earlier showcased and forwarded galaxy of challenges regarding education in his chiefdom and constituency equally. His indelible ink print timely coming into the political culture and Systems of the chiefdom has drastically changed whole lots of gaps and social handicap.

His efforts to bring forward solar poles in his constituency and advocacy for agricultural boom has vehemently increased his political fame and popularity cut across the board.

Principal and vice, teachers and pupils of Samu deposited heavy storm of  respect and political praises to Hon. Yumkella for his continued support and favour to their School.

“It is only education that can take an individual from the harvest of poverty to the pinnacle of affluence” Honorable KKY emphasised.