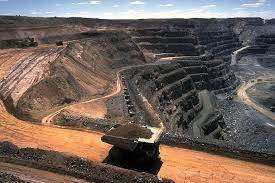 Resident Minister Northwest, HajaIsataAbdulai Kamara has led the arrest of 5 Ghanaians and a Sierra Leonean along the Yombo River, PC Section, Thambakachiefdom in Karenehdistrict for an alleged illegal mining.

The 6 alleged illegal miners were caught with a dredge in the Yombo River allegedly mining Gold and Diamond without following the due procedures regulating mining activities in the country.

Twelve dredges in operation were discovered in the Yombo River the same day and this development came after the Minister of Mines and Mineral Resources had said the entire country can only account for 3 dredges.

Eyewitness reports say the activity has been taking place for the past 5yrs now and that it is a high syndicate between senior Ministries, Departments and Agencies(NMA) and security officials in Sierra Leone aimed at depriving government of it much needed revenue for national expenditure.

At PC Section, there is an area called Magburaka camp where 40 makeshift structures were discovered, alleged to have been constructed by the Ghanaians serving as dwelling houses for them right in the middle of the country’s forest reserve.

The operation was supported by personal body guards to the resident minister and the Regional Police Commander Northeast.

The arrested illegal miners are currently helping police with their investigations in the regional headquarter town of Makeni.