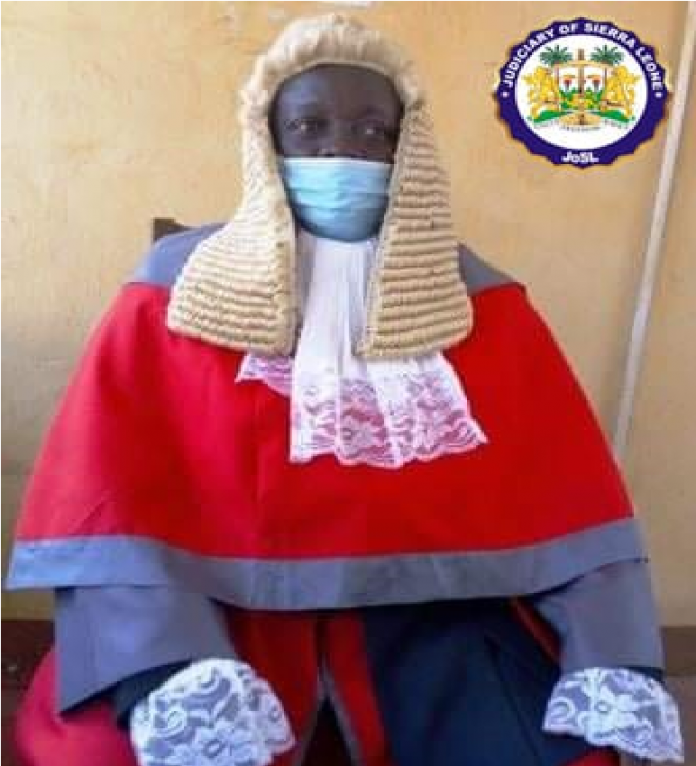 Justice Abdul Sheriff J, started his work experience as a Field Volunteer for Care International in 1995. He earned his BA degree in Linguistics in 2001 from Njala University. He is also a graduate from FBC, University of Sierra Leone with LLB Honours. He was called to the Sierra Leone Bar in November, 2010.

Until his appointment in December, 2020, Justice Sheriff was a Magistrate at the Pademba road Court. He was appointed Magistrate in 2012.

The ceremony was graced by the Resident Minister-North West Region, Hon. Haja Isata Abdulai Kamara; the Mayor of the Port Loko City Council, His Worship Abu Bakar Kamara; the Port Loko District Council Chairman, Ibrahim Bangura; Assistant Inspector General of Police in Charge of the North-West Region, Aiah Edward Samadia and Mohamed Kori Esq from the Legal Aid Board among host of other stakeholders.

Addressing indigenes of the District, the Resident Minister said they should be proud of the current Government as well as the work of the Judiciary under the current Chief Justice, His Lordship Justice Desmond Babatunde Edwards. She said the absence of a sitting Judge in the District has mostly delayed the administration of justice, assuring that the new resident Judge is coming to deliver an efficient, effective and impartial justice for all.

She however called on all and sundry to support the newly appointed High Court Judge to do justice to his job.

This move, according to the Chief Justice, was part of the Judiciary’s efforts to take justice to every citizen across the country. Justice Edwards has assured of ensuring that each District has a Resident Judge to expedite trials and enhance the dispensation of justice at all levels.