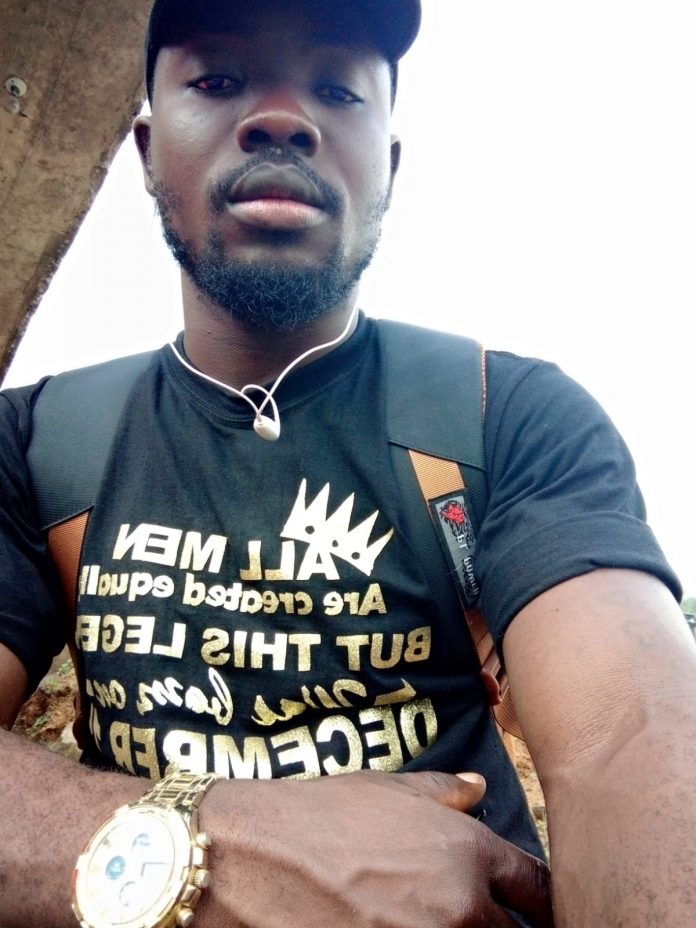 Daniel is the son of the late Mr. Babah Kanu, a business man dealing in Diamond and Mrs. Mosfatmata Kanu, a housewife.

According to reports, Mr. Kanu died in a road accident months back and his brother (Daniel’s uncle) took over his diamond business.

Few months later, Daniel was asked to go stay with his uncle who was residing in Goderich, far West of Freetown, so that he will be able to continue with his schooling and gain knowledge on how to run the business.

Reports say Daniel’s stay with his uncle was not as comfortable as expected as he was severally complaining of starvation, inhumane treatments and segregation form his uncle and his biological children.

Reports say it was during this period that Daniel was frequently spotted with a youngman identified as Melvin Coca, an university student and businessman residing at Regent community in Freetown.

The personnel raised alarm and people rushed at them and they were manhandled by passers-by and given the beating of their lives before police intervention.

They say both Daniel and Melvin were arrested by the police and taken to a temporal police post were they were detained awaiting police vehicle to convey them to the main police station in the morning, where they were to be locked up and charged to court to face trails.

Police say unfortunately, while at the beach police post, Daniel and Melvin managed to escape later that night and since then, they went missing and to date, the search for them has been serious but still futile.

However, other reports say few days after their escape, both Daniel and Melvin were spotted around Conakry Dee at Lungi, Kaffu Bullom chiefdom in the Port Loko district, a report police were unable to confirm.

Since then, police have been searching their communities and some of their usual places of hunt and to date, they are nowhere to be found.

A senior police inspector told this medium that the search for both Daniel and Melvin will continue until they are caught and when caught, they will be charged to court for practicing gay.

Gay practice is a major crime in Sierra Leone. Section 61 of the Offences against the Person Act of 1861 states: “…Sodomy and Bestiality: Whosoever shall be convicted of the abominable Crime of Buggery, committed either with Mankind or with any Animal, shall be liable, at the Discretion of the Court, to be kept in Penal Servitude for Life or for any Term not less than Ten Years”.
So if Daniel and Melvin are caught today, tried and found guilty, this will be their fate.