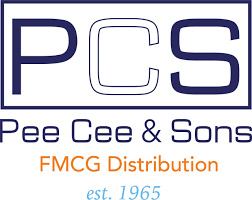 The Management of Pee Cee and Sons (SL) Limited notes with grave concern some erroneous social media posts (video, photo and audio) championed by a group which calls itself Stay Red Movement, purporting that one AbdulaiSesay, a driver of Pee Cee and sons who is currently standing trial at Ross Road Magistrate Court for several allegations of larceny and other related offences, was tortured by other persons working for the company.

Pee Cee and Sons wishes it to be known that such allegations are not only a fallacy but also a calculated ploy by some unscrupulous elements to taint the good image of the company that has served Sierra Leone since 1965.

AbdulaiSesay is among 14 staff of Pee Cee and sons who were charged by the police after thorough investigations.

Management wishes the general public to know that the company does not settle for any form of blackmail and image tainting.

The company respects the rule of law and it has always committed itself to building a friendly relationship with the government and people of Sierra Leone.