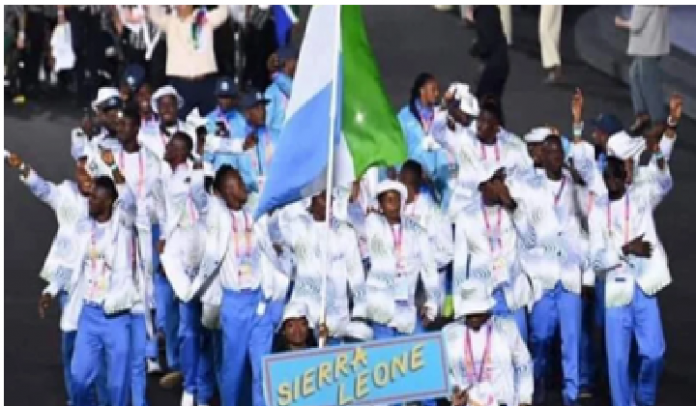 Popular Sierra Leonean politician Myk Berewa has posted on his Facebook page confirming the rumour of nine Sierra Leone sporting officials who have been reportedly missing in the 2022 Commonwealth Games in Birmingham, England.

Myk Berewa posted” Rumoured that Nine members of the Sierra Leone officials that went to the Commonwealth Games in the UK have gone missing.”

Ahead of the delegation’s departure to Birmingham, Sierra Leone First Lady Madam Fatima Jabbie Bio presented Team Uniform to the Athletes and officials and also called on them to put on their best performances during the games.

However, Despite the delegation returned with no medal to show, the British Commission posted on their Facebook page; “We celebrate their success of a Job well done and the unifying power that sport provides to overcome decision and encourage exclusivity.”

The British High Commissioner, Lisa Chesney welcomed the returning athletes who participated in the #CWG2022, alongside the Sierra Leone Commonwealth Committee.